Leeds and Bristol City could serve up a thriller 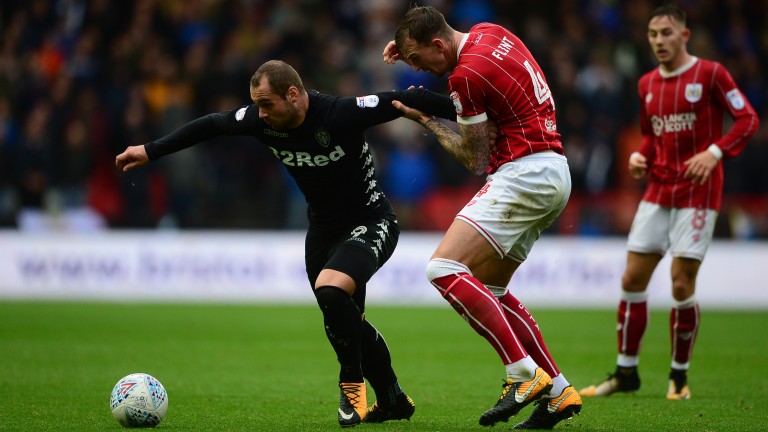 Aden Flint gets to grips with Pierre-Michel Lasogga in October's meeting
Harry Trump
1 of 1
By Steve Davies 7:52PM, FEB 17 2018

No wins in eight versus one win in ten. Two teams with the scent of automatic promotion in their nostrils a couple of months back have suddenly gone to pieces, and it makes this showdown at Elland Road a tough one to call.

It’s no surprise that Leeds’s response to their mini-slump was to jettison yet another manager although Bristol City are far more phlegmatic about their ‘crisis’ given that two of the losses in their current barren run were against all-conquering Manchester City.

Lee Johnson has been well and truly backed to turn the Robins’ fortunes around although he’d be far more confident of avoiding defeat at Leeds if he had his first-choice defence to call upon.

Nathan Baker and Aden Flint have been massive performers for the Robins and the banned Baker was sorely missed last Saturday when City conceded three against Sunderland in a 3-3 draw.

Leeds, who won 3-0 at Ashton Gate in October, have shipped four in each of their last two home games – against Millwall and Cardiff – and that has to be a worry for new boss Paul Heckingbottom.

Goals may well be the currency today. Heckingbottom’s Barnsley were rarely dull while Johnson’s Bristol City have always been good entertainment value. Both clubs average 2.6 goals per game so get on over 2.5 at even money.

Heckingbottom’s first game in charge was last Saturday’s 2-1 defeat at Sheffield United, an open game with chances at both ends. And having slipped to eight points off the playoff pace, Leeds have little choice other than to be positive if they are to satisfy the owner’s craving for promotion.

Leeds have issues on the right side of defence which the visitors can exploit and they carry a formidable threat at set plays, especially from free-scoring centre-half Flint.

This promises to be a really decent affair.