League Two playoffs: who will be promoted? 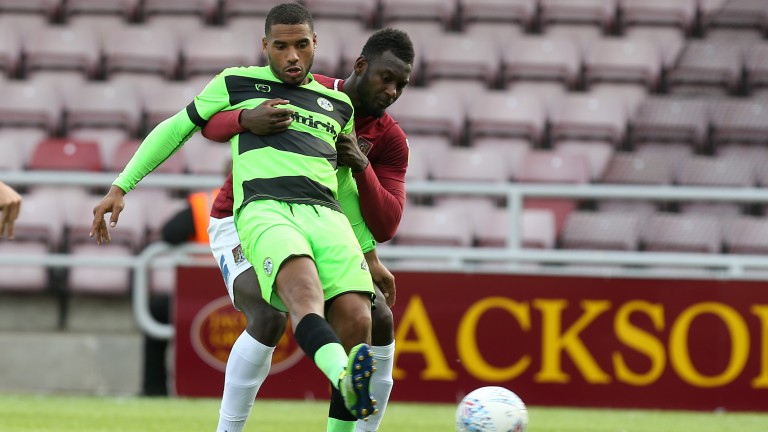 Newport have excelled in the FA Cup over the last two seasons and their prowess in knockout football should stand them in good stead for the Sky Bet League Two playoffs.

Michael Flynn's side are the 9-2 outsiders, while their semi-final opponents, Mansfield, head the betting at 17-10 despite finishing the season with three successive defeats.

The Exiles have an excellent chance of winning the tie and needn't be fearful of facing Forest Green or Tranmere at Wembley.

The semi-final between Forest Green and Tranmere, which kicks off in Birkenhead on Friday, looks evenly matched.

Tranmere arrived in the thick of the promotion race after a seven-match winning streak between mid-February and the end of March but they finished the campaign with just one victory in seven games and suffered injuries to centre-backs Mark Ellis and Luke McCullough.

Forest Green finished the season more convincingly, taking 13 points from their last six games, and can look back on a much-improved campaign having left last season's relegation battle a long way behind.

However, Mark Cooper's side have won just eight of 23 home league games and their struggles in Gloucestershire are a major hindrance.

Their decisive semi-final second leg against Tranmere takes place at the New Lawn next Monday and Rovers will hope for a repeat of the corresponding October league fixture which they won 3-1.

It looks a tough semi-final to call and there is nothing to choose in the betting with Forest Green and Tranmere both 11-4 to go up.

The outright value lies with Newport, who are playing their best football of the season at just the right time.

Newport have gained a reputation as a cup team after FA Cup success over Leeds (2-1), Leicester (2-1) and Middlesbrough (2-0) over the last 18 months.

All of those victories were achieved at Rodney Parade and the south Wales venue is where the Exiles begin their playoff challenge against Mansfield.

It would be no great surprise if they establish a first leg advantage over the Stags but Newport's fate also depends on how they cope with Sunday's second leg at Field Mill and a possible final at the national stadium.

Their away record – six wins, five draws and 12 defeats – is a concern but Newport have taken eight points from their last four road trips and that should give them the belief that can see their promotion push through to a successful conclusion.

Newport have been mid-table for most of 2019 but climbed into the top seven with a ten-match unbeaten run and look overpriced to clinch third-tier football for the first time since reforming in 1989.