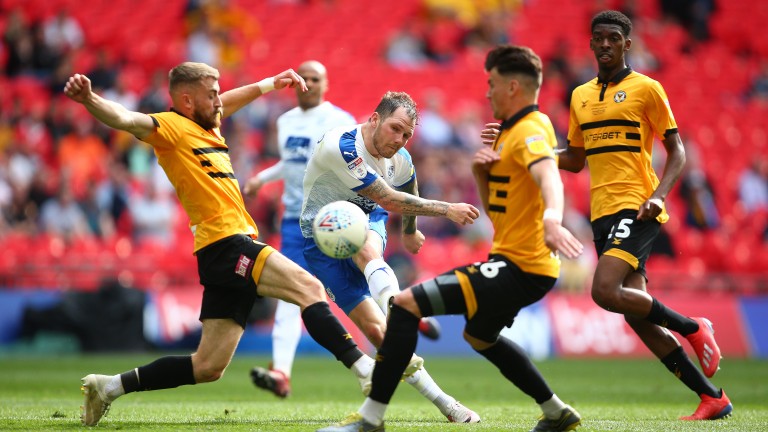 No team finished last season stronger than Newport, who pieced together a ten-game unbeaten sequence before overcoming Mansfield to book their place in the playoff final.

A late-gasp extra-time strike from Tranmere’s Connor Jennings inflicted heartbreak on ten-man Newport at Wembley but it was another step forward under promising manger Michael Flynn, who should be confident of guiding his men to a third consecutive top-half finish.

Newport’s stubborn defence was the platform for their success last season. The Exiles kept 17 league clean sheets, 13 of which were recorded on home soil.

But Flynn has already acted on those departures with some shrewd acquisitions.

Tom King has been recruited from Millwall to fill the void left by Day, while Serbian defender Lazar Stojsavljevic has also switched The Den for Rodney Parade.

Newport’s backline has been bolstered further by the additions of Kyle Howkins (West Brom), Ryan Haynes (Shrewsbury) and Daniel Leadbitter (Bristol Rovers) and the Exiles may not be weakened by their losses as much as people expect.

Goals are not going to be of any concern either, with Padraig Amond and Jamille Matt spearheading their attack and it is difficult to be too negative about Flynn’s charges.

Newport finished seventh with 71 points last season, a tally seven healthier than in 2017-18, and they should have no issue breaking back into the top-half.

One side who could struggle to emulate last season's top-half heroics, however, are Carlisle.

The Cumbrians finished 11th last season with 68 points but they dipped considerably following the January departure of John Sheridan.

Carlisle were seventh with 42 points from 26 games and only nine off leaders Lincoln when Sheridan left Brunton Park.

Things didn't run as smoothly under his replacement Steven Pressley, who won only six of his 18 league games in charge. The loss of influential midfielder Jamie Devitt to Blackpool drains much of their attacking quality.

The division looks stronger than last season with all six League Two newbies potential players in the promotion picture, while better is also expected of Northampton too, and that may see Carlisle take a backwards step.