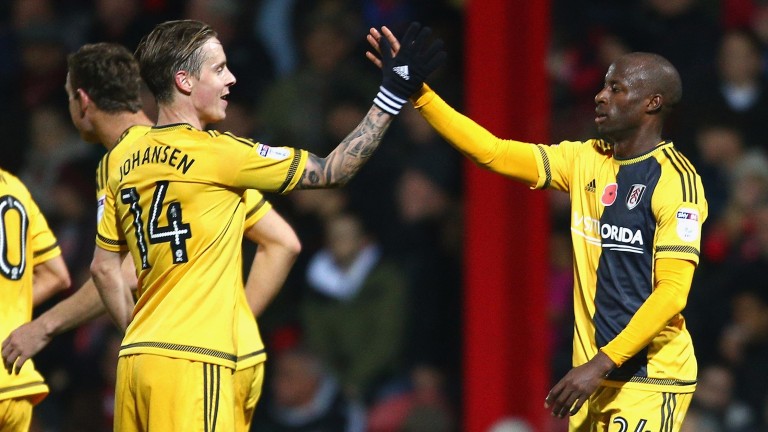 Cardiff and Fulham have both been in decent form in the
Sky Bet Championship so their FA Cup third-round tie may not be the most welcome distraction.

The Cottagers let slip a 1-0 lead against title-chasing Brighton
last weekend, but that was their first defeat in six games and a playoff spot is still on their radar.

Cardiff are focused on continuing their charge away from the relegation zone and Saturday’s 1-0 home win over Aston Villa took them three points clear of danger.

That was the Welsh side’s third win in five home matches – they also held Brighton to a goalless draw during that run – and Neil Warnock should be keen to maintain that form at the Cardiff City Stadium.

Fulham probably have more individual creativity in their squad – they have scored 16 goals in their last six Championship matches – but Cardiff’s home advantage may cancel that out and the draw is tempting at 5-2.

Neither Warnock nor Fulham boss Slavisa Jokanovic would relish a return fixture in London but five of the Cottagers’ last seven FA Cup ties have gone to a replay and August’s league meeting between these sides ended 2-2.

Fulham’s Stefan Johansen had a penalty saved at 0-0 against Brighton last weekend but the Norwegian is a big price at 16-1 to make amends in the cup.

He has scored in four of his last six appearances and merits a small each-way bet to break the deadlock, especially if he retains penalty-taking duty.

Team news
Cardiff
Bruno Ecuele Manga is away with Gabon at the Africa Cup of Nations but Greg Halford could make his debut after signing from Rotherham.

Fulham
Michael Madl (illness) could return but Floyd Ayite and Neeskens Kebano are on international duty and striker Chris Martin may be
left out again due to a dispute over his loan from Derby.