League One relegation 2021-22 odds and verdict: Shrews value for the drop 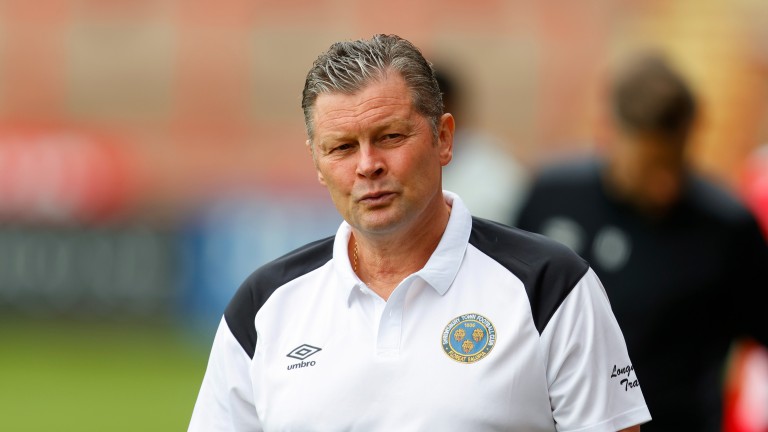 The layers have little regard for the three sides who clinched promotion alongside Bolton, although banking on swift returns to League Two for any of Morecambe, Cheltenham or Cambridge at short odds might not be a smart move.

The three relegation market-leaders are soft targets given a lack of pedigree, yet they are progressive and shouldn't be daunted by the step up.

Of the three, League Two champions Cheltenham would be the pick to struggle most as boss Michael Duff is finding it difficult to recruit new faces, although the departure of record scorer Paul Mullin from the Abbey Stadium will have Cambridge fans fretting.

There looks to be a raft of vulnerable clubs and it's possible, at least at this stage, to chuck a blanket over half a dozen or so of them.

One of those could well be Shrewsbury, whose last three finishes since their shock playoff campaign in 2017-18 have been 18th, 15th and 17th, hardly the figures of a club on the up.

That was a worrying slide and it's hard to see where any pick-up is going to come from.

Scoring goals was an issue last season – Shaun Whalley topped the scoring list with just nine – and they look short again on firepower with Ryan Bowman, recruited from League Two side Exeter, under pressure to deliver from the off.

There is a new keeper in Marko Marosi, a player who lost form last season after fracturing an eye socket with Coventry. It remains to be seen if his confidence is back.

The Shrews won only five times at the Montgomery Waters Meadow last season and anything like a repeat of that would spell danger.

Obviously, when a team gets off to a bad start and replace their manager, improvements can be achieved – look no further than Burton for evidence of that last term – but at the price Shrewsbury look like season-long stragglers.