League One clubs in a good position to go for silverware 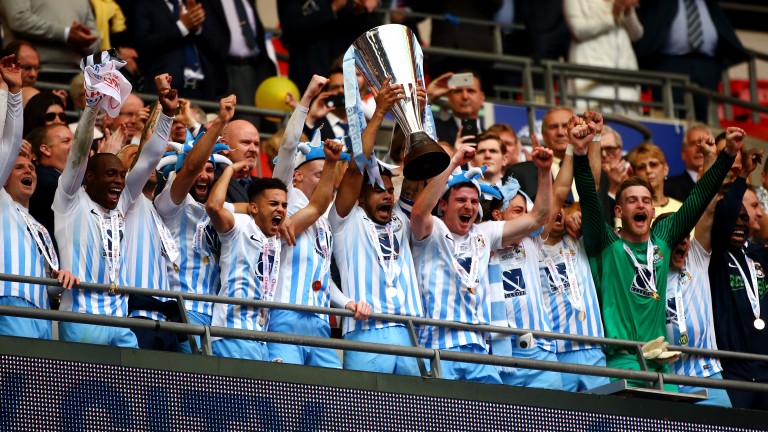 The introduction of 16 academy teams to the EFL Trophy in 2016-17 was far from universally popular but the same format continues for this season's competition, making it tricky for punters to assess where the value is.

A handful of teams have played their opening match but most are still to kick off their campaign and the competition looks wide open.

No teams are priced up at single-figure quotes and Manchester City's academy featuring prominently in the betting.

City are off to a positive start in Northern section Group F - drawing 1-1 with Rotherham and winning the penalty shootout 4-2 - but it may be wise to give the Premier League and Sky Bet Championship academy sides a wide berth.

Of the 16 academy sides who entered last season's competition, eight were eliminated in the group stage and only one - Swansea's academy - reached the last eight.

By the semi-finals only Sky Bet League One and Two teams were left in the competition and the final was an all third-tier affair with Coventry defeating Oxford 2-1 at Wembley.

League One sides have been dominant in the competition's recent history.

Seventeen of the last 19 winners have come from the third tier and that statistic looks a handy tool for narrowing down the 64-team field.

The priority for the stronger League One sides is to try to get into the Championship but some of them have big enough squads to compete on more than one front.

Wigan look obvious candidates, having assembled a deep squad under new manager, Paul Cook. They have been drawn in a winnable group alongside Middlesbrough academy, Blackpool and Accrington.

Cook will ring the changes but has some quality fringe players at his disposal including seasoned strikers Noel Hunt and Will Grigg, who are eager for an opportunity.

As the competition progresses, Cook will probably take it more seriously and Wigan might close in on their first trophy since lifting the FA Cup in 2013.

Scunthorpe had a decent run in the competition last season, winning all three group games and reaching the last 16, and they look of each-way interest at big prices.

The Iron treated the 2016-17 competition seriously with key attackers Paddy Madden, Josh Morris, Kevin Van Veen and Tom Hopper all starting for them during the group stage.

And there is an extra incentive for them to do well  this season after they were drawn in the same section as rivals Grimsby.

Scunny have never won the competition but were finalists in 2009, losing 3-2 to Luton.

They are among the stronger clubs in League One and will be tough to beat if they can get through the early rounds.

Bet on this week's games at Soccerbase.com