League of Ireland: round four tips and match betting previews

Shamrock Rovers way too big for home upset against Dundalk 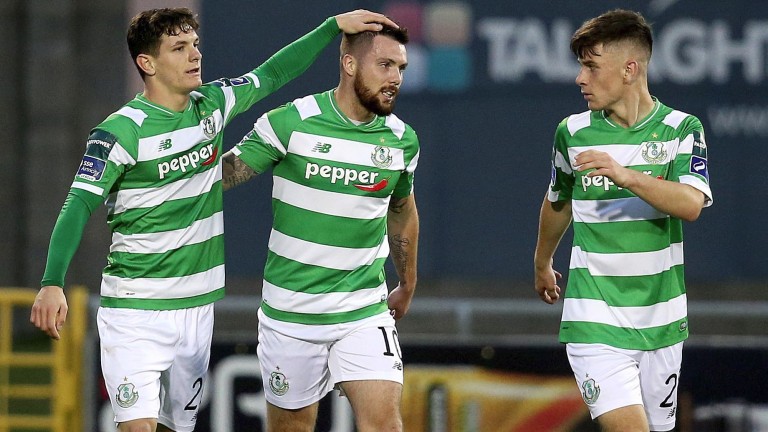 Shamrock Rovers look far too big to beat champions Dundalk at Tallaght as the League of Ireland rushes into its fourth round of games.

Dundalk's excellent record at the ground seems to have played a role in the Lilywhites' strength in the betting, yet they barely deserve to be favourites let alone only a shade of odds-against. They are without Robbie Benson and Patrick McEleney and have been nowhere near their best this season.

They beat UCD on Monday but made hard work of it. Moreover, they looked shaky at the back. Rovers have made a fine start, the controversial dismissal of Aaron Greene the key factor in the defeat to Bohemians, and they should run Dundalk close on this occasion and this season in general. They can edge the midfield battle this week.

Cork City are back in business after winning in Sligo, yet Derry City look overpriced to take the points in Turner's Cross. Waterford won in Cork last Friday before being well beaten in Derry, so City will fancy their chance.

Cork have not been creating much in open play, while Derry have scored six goals in their three matches and will not be lacking confidence.

UCD are progressing and seem underrated ahead of the visit of St Patrick's. Pat's have played three low-scoring games, two of them against likely relegation strugglers, in which few chances were created.

The current Athlone Town side are vastly superior to the 2018 squad and should finish ahead of Cobh this season, rendering their odds too big in Saturday's Division One clash. Town showed a bit of a swagger on the ball in the win over Wexford, while Cobh were hammered in Drogheda.