League of Ireland: Premier and Division One coupon preview and best bets 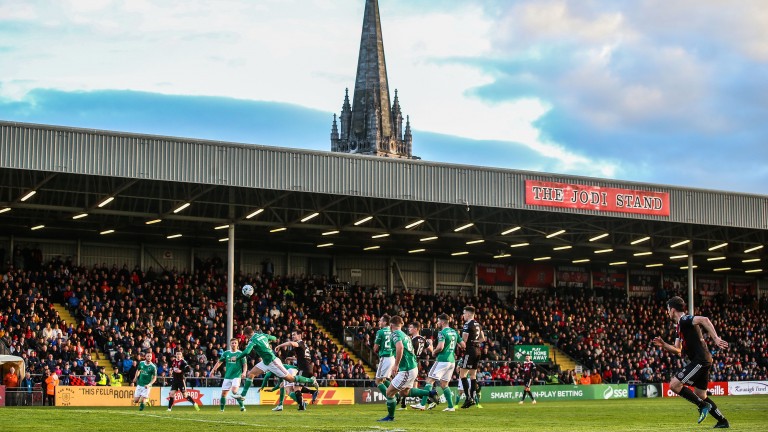 Bohemians were frustrated by a defensive Cork display last week
INPHO/Tommy Dickson
1 of 1
By Johnny Ward UPDATED 12:18PM, MAY 11 2019

Bohemians should put in a strong performance against Dundalk on Friday evening and they can deny the champions a return to the top by getting at least a point at Dalymount.

Bohs were frustrated by a defensive Cork City last week, while Dundalk blew a two-goal lead against Derry after Patrick Hoban was sent off. It will be intriguing to see how Georgie Kelly fares in his absence.

There was not much between these teams when they met at Oriel Park and Bohs will benefit from playing a team who are intent on passing the ball too. After 15 games, just a point splits the teams, so Bohs can be pretty hopeful.

Cork are just one place ahead of UCD but just 1-2 to beat them at home. UCD are desperate for points and can cause a surprise.

They beat Cork last month at Belfield and the odds seem to exaggerate the difference between the teams. Both should be doing better.

Derry gave St Patrick's a hiding last month in Inchicore and they go into the game at Brandywell in better shape than the visitors, who suffered another thumping at home against Waterford last weekend. They are better than that but it is still hard enough to see them winning given their lack of goals.

In Division One, Limerick look too big at Drogheda. Tommy Barrett's side are not conceding many goals, they are above the Drogs in the table and the odds are favourable.

League of Ireland Division One standings and fixtures