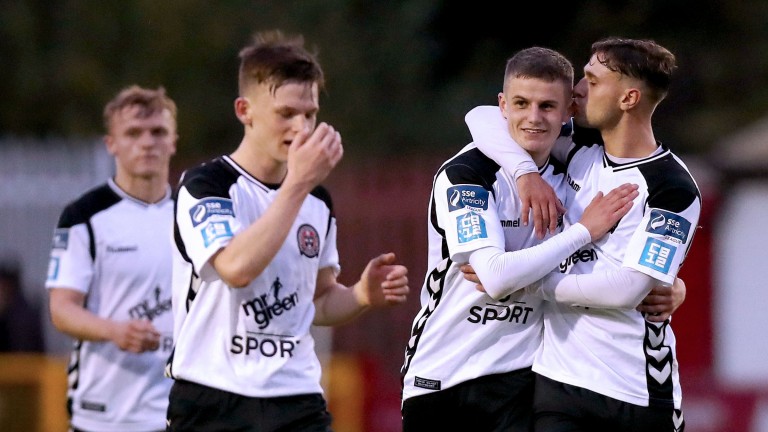 Shamrock Rovers can hold Dundalk and maintain their lead at the top of the League of Ireland table on Friday.

Rovers' dominance does not look so pronounced after their controversial 1-0 defeat against Bohemians, when Rovers played most of the game with nine men. Dundalk have key players returning at a vital time too.

However, Rovers have been the best team in the league this season and, despite being stretched by injuries and suspensions, they should give it a good go. Dundalk have taken time to get going and Patrick Hoban has not yet hit form, having scored just once from open play.

Lee Grace is a huge loss for Rovers and they will hope that their quality in midfield gets them through, with Jack Byrne having an outstanding campaign.

Cork City's horrible form continues and Derry City are a confident selection at Brandywell. City are playing some great football this season, unlike Cork, who have issues up front.

The wide pitch is unlikely to be of much benefit to Cork, given they have played with little width this season.

Sligo Rovers host Finn Harps at the Showgrounds and it should be comfortable for the Connacht side with Harps low on confidence.

Bohemians face a tough task against Waterford, as Bohs will do well to reach the heights they did on Tuesday.