Baggies in a position to focus on a cup run 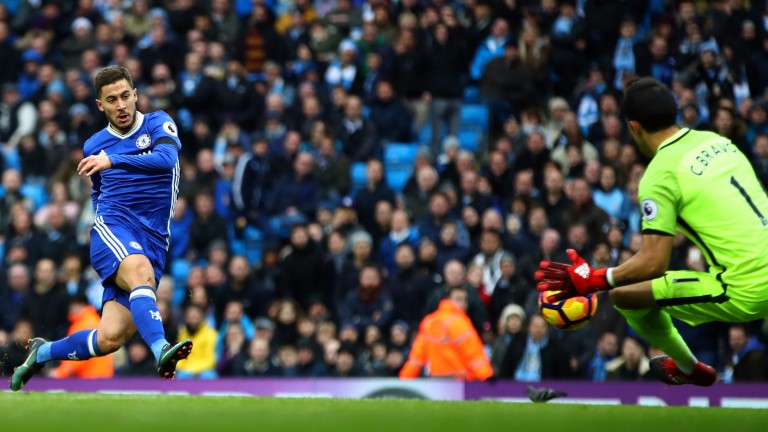 Chelsea have won four of the ten FA Cup finals which have taken place at the new Wembley stadium and they are the team to beat in 2017 as they look to close in on a domestic double.

Antonio Conte’s Premier League table toppers are 11-2 favourites to get their hands on the trophy but they are entitled to be even shorter, given how impressive they have been this season.

Winning the league will be the major objective at Stamford Bridge but Conte has a strong squad and no European distractions to worry about.

Branislav Ivanovic and John Terry are the only survivors from the Chelsea team who started the 2012 FA Cup final against Liverpool – the last time the Blues lifted the trophy – but many of the current squad were involved in the 2015 League Cup final triumph over Tottenham and will have the taste for Wembley glory.

The Premier League’s big six dominate the betting and only one of them (eight-times FA Cup winners Tottenham) are available at a double figure price.

Tottenham ended Chelsea’s lengthy unbeaten league run on Wednesday, but it is hard to fancy Mauricio Pochettino’s side, who may be sidetracked by their Premier League and Europa League commitments.

The importance of the Europa League has increased since the winners were guaranteed a place in the Champions League and that could influence the thinking of Manchester United manager Jose Mourinho as he tries to compete on four different fronts.

United are the joint-most successful team in FA Cup history (alongside Arsenal) after winning the competition for a 12th time last season and will do their best to defend the trophy.

However, the FA Cup could be fourth on their list of priorities.

The EFL Cup has become a big deal now that United are through to a semi-final against Hull and United cannot afford to treat the Europa League lightly because it has become a valuable insurance policy, in the event of missing out on a top-four finish in the league.

Mourinho’s men look no great value at 8-1 and rivals Manchester City are easy to swerve at 7-1, given their tough third-round draw at West Ham.

City have looked unconvincing in recent weeks and need to steel themselves for a tough test against the Hammers, who won 2-1 at home to Chelsea in the EFL Cup fourth round.

Should City get past West Ham, Pep Guardiola will have to decide how much to prioritise future rounds.

City’s Champions League round-of-16 first-leg tie against Monaco takes place the week after FA Cup fifth-round weekend and the second leg will be days after the FA Cup quarter-finals.

Last season City were put in a similar position (taking on Chelsea in a fifth-round tie just three days before a Champions League clash away to Dynamo Kiev) and Manuel Pellegrini heavily prioritised the European match – contributing to a 5-1 humiliation at Stamford Bridge.

Arsenal could be put in a similar position with their Champions League fixtures away and at home to Bayern Munich taking place on February 15th – shortly before fifth-round weekend – and March 7th – the same week as the quarter-finals.

The Gunners also have a physically demanding third-round clash at Sky Bet Championship side Preston and will not want to be distracted from their league title push.

Arsenal look short enough at 8-1 and Liverpool are unattractive 13-2 second favourites, despite being handed a kind third-round draw at home to Plymouth.

Liverpool do not have the distraction of European competition but their squad was looking stretched towards the end of the festive period and they have a busy January schedule which includes crucial league fixtures away to Manchester United and at home to Chelsea and a pair of EFL Cup semi-final matches against Southampton.

The sides closest to the top six are Everton and West Brom – perched seventh and eighth on 30 and 29 points.

There is very little to choose between them yet there is a massive difference in their FA Cup prices with Everton 25-1 and Albion 50-1.

Everton have a tricky third- round tie at home to Leicester and make no appeal but West Brom – who open up at home to Derby – look great each-way value.

Despite taking Stoke to the final in 2011 Tony Pulis hasn’t got a great managerial record in knockout football but he has every reason to attack the FA Cup given that West Brom are only 11 points short of the oft-quoted 40-point survival target.

Derby are a potential banana skin but Albion are odds-on to progress without need of a replay and they could go a long way if they have some luck with the draws.

No second-tier side has reached the final since Cardiff lost to Portsmouth in 2008 and that is unlikely to change over the next five months.

Newcastle, who reached the EFL Cup quarter-finals, are perhaps the one Sky Bet Championship side with the squad resources to compete on two fronts but they don’t look great value at 60-1 – shorter than Premier League sextet Watford, Middlesbrough, Swansea, Burnley, Sunderland and Hull.