Mourinho has a great record 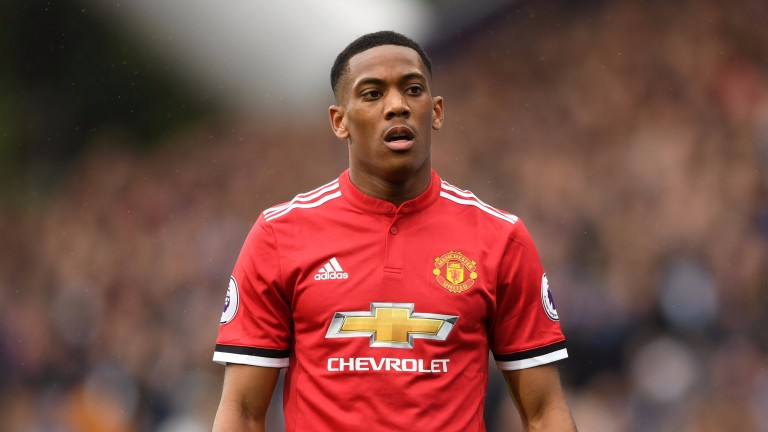 Jose Mourinho suggested earlier in the season that English football could benefit from scrapping the League Cup, but the Manchester United manager has a tremendous record in the competition and his side should make smooth progress to the quarter-finals at the expense of Swansea.

Mourinho has triumphed four times in this competition, including with United last season, and despite a big game coming up against Tottenham on Saturday there should be enough depth in the squad to overcome this hurdle at the Liberty Stadium.

It's a busy time in the Old Trafford treatment room but Mourinho still had a bench packed with quality for Saturday's shock 2-1 defeat at Huddersfield which left United five points behind neighbours City in the title race.

Daley Blind, Matteo Darmian, Sergio Romero, Victor Lindelof, Henrikh Mkhitaryan and Marcus Rashford, all subs at Huddersfield, are internationals and Luke Shaw did not even make the bench.

Rotation will be the order of the night for both managers and Mourinho's options are vastly superior to those of Paul Clement, who must be fearing his Swansea side are already stuck in a relegation battle.

Attractive bets look thin on the ground until the teams are announced but backing the last goal to arrive after 73 minutes could be of interest given United's statistics this season.

Nine of their 14 games have featured a goal after that time and a couple of those came when they gave away cheap consolation goals against Burton and CSKA Moscow.

Mourinho's men are sometimes liable to switch off in the latter stages, but at the same time they can be devastating on the counter through the likes of Anthony Martial and Marcus Rashford when matches become stretched.

That's what happened in the Premier League fixture between the teams at the Liberty Stadium in August when United won 4-0 and three of the goals came in the final ten minutes.

Mourinho made sure he had a strong bench in the previous round against Burton just in case things got tricky - Romelu Lukaku was among the substitutes - and the Portuguese is usually committed to winning every competition he enters.

Community Shields, Europa Leagues and League Cups all count towards Mourinho's personal tally of trophies and Swansea don't look in the best shape to land an upset.

Clement's side have eased past Sky Bet Football League teams MK Dons and Reading on the road, although they are finding it rough at home with four defeats in five. Much like United they would prefer not to have an extra 30 minutes if the tie is level late on.

Team news
Swansea
Wilfried Bony, Renato Sanches and Kyle Bartley are out. Roque Mesa has been told he will start. Leroy Fer is suspended.

Manchester United
Michael Carrick, Paul Pogba, Marcos Rojo, Zlatan Ibrahimovic, Marouane Fellaini and Phil Jones are out. Eric Bailly is close to a return but is unlikely to be risked.

Key stat
Both teams have scored in ten of the last 12 meetings between Swansea and Manchester United.