Chelsea can return to winning ways 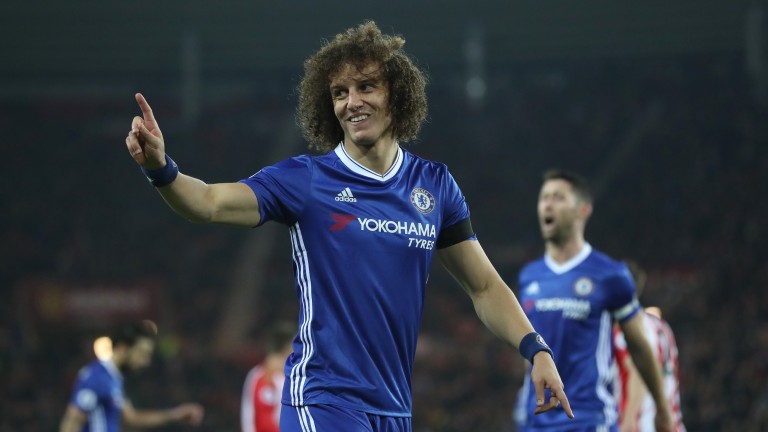 The Premier League's top goalscorer won't be in their ranks but Chelsea can overcome the absence of striker Diego Costa to land a crucial victory over Premier League Leicester at the King Power Stadium.

A reported bust-up between Blues boss Antonio Conte and leading hitman Costa is far from ideal preparation and could harm Chelsea's long-term ambitions of taking Leicester's title but the Blues still look set to extend their five-point advantage at the King Power Stadium.

Conte's side were stopped in their tracks by Tottenham last time out in the Premier League as they chased a 14th straight top-flight victory, but the leaders can get back on the winning trail with a narrow success over the champions.

Costa, who says he has a back injury even if Conte is unconvinced, has missed only one Premier League game this season, a 3-0 win over Bournemouth, so he can be replaced with a front three of Willian, Pedro and Eden Hazard good enough to do the job.

Not even the most biased of Blues supporters could claim Chelsea play the most thrilling football in the Premier League but they are adept at grinding out enough title-winning triumphs.

With that in mind a one-goal margin of victory is preferred to the straight away win at odds-on, particularly as three of Chelsea's last four away victories have been by 1-0 scorelines.

Chelsea have played 20 Premier League games and eight of those have finished with a one-goal success. Half of their 16 wins have come by that outcome and four of their seven road successes.

Dele Alli's double did for Chelsea at Spurs but apart from that derby defeat Conte's side have played six league away games since he switched to a 3-4-3 formation and the only goal conceded was a Gary Cahill own goal in the 3-1 win at Manchester City.

David Luiz has been excellent since his return to west London and the players seem comfortable in the defensive shape, while former Foxes midfielder N'Golo Kante makes the midfield solid.

Conte is more than happy to kill the game with defensive substitutions if Chelsea get in front and therefore the first goal could be crucial, particularly as Leicester love to play on the break and may run out of ideas if forced to chase the match.

Conte will be without 14-goal Costa but former Blues boss Claudio Ranieri is missing some of his big-hitting attacking threats too.

Riyad Mahrez and Islam Slimani are away at the Africa Cup of Nations so penetration will have to come from Jamie Vardy and possibly Ahmed Musa, who scored twice in the FA Cup win at Everton.

There's a lot of pace in the Foxes forward line but a shortage of creativity and Vardy could struggle to get in behind a Blues side who are unlikely to play too high up the pitch.

A midfield battle seems certain - Kante against Leicester new boy Wilfred Ndidi will be a decent contest - and Chelsea's extra quality in the final third could ultimately prove telling.

Recommendation
Chelsea to win by one goal
1pt 5-2 general

Team news
Leicester
Leonardo Ulloa is out injured, while Islam Slimani, Riyad Mahrez and Daniel Amartey are at the Africa Cup of Nations.

Chelsea
Diego Costa has not travelled. John Terry is suspended but Nathan Ake is available after returning from a loan spell at Bournemouth.