Leaders not nailed-on at Hammers 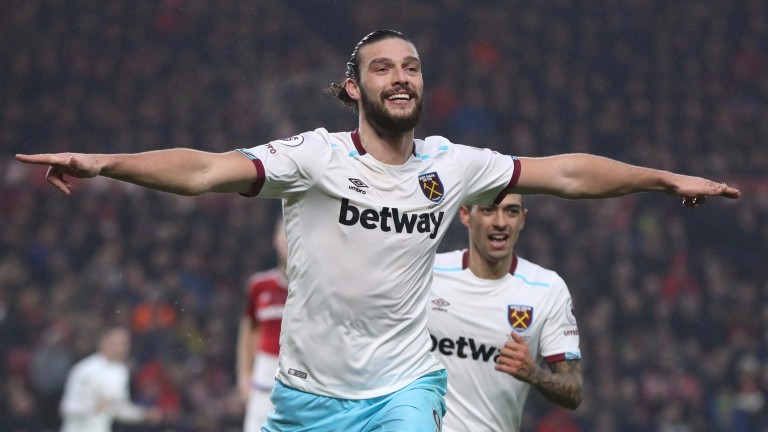 Chelsea's passage to the top of the Premier League has been fairly smooth but there should be more bumps in the road before the title is lifted and a London derby ding-dong at West Ham could prove to be one of those.

Since the start of October Chelsea have won 17 of their 20 Premier League matches and lost only at Tottenham. Antonio Conte's switch of formation to 3-4-3 was the catalyst behind the run which has seen them become strong title favourites.

However, while the Blues are cruising at Stamford Bridge it is a much different story on their travels with no more than one goal scored in five of their last six Premier League trips.

Grinding out 1-0 victories at Sunderland and Crystal Palace could be key in deciding the title but it does not suggest the Premier League leaders are good things at the London Stadium - a venue where a weakened Chelsea outfit suffered defeat in the EFL Cup.

The one time the Blues cut loose was their 3-0 triumph at Leicester, although they scored with all three shots on target and in the last four road trips the leaders have forced only nine efforts on goal.

Defeat at Spurs and a draw with Liverpool are easier to excuse than a 1-1 draw at Burnley even if the Clarets' home record deserves respect.

Defensively Chelsea are outstanding and the protection N'Golo Kante offers makes it extremely difficult for opponents to counter, while Conte may decide this derby is more suited to Nemanja Matic's destructive qualities than Cesc Fabregas's probing passes.

Pedro and Diego Costa carry a forward threat but Eden Hazard has gone off the boil slightly with one goal in his last ten games and West Ham are arguably playing their best stuff of a stop-start campaign.

The move to Stratford has been awkward and the atmosphere is nothing like it was at Upton Park but Slaven Bilic's side are beginning to make it feel more like home.

Manchester City have destroyed the Hammers twice in 2017 but they move the ball much faster than Chelsea and West Ham are better for having removed the distraction the debate over Dimitri Payet's future was causing.

Michail Antonio's suspension is a blow, although Manuel Lanzini was hugely influential in the 1-1 draw at Watford and Andy Carroll's return will give every Hammer a huge lift.

On-song Carroll has scored four goals in his last four appearances and it's easy to see him pulling towards Cesar Azpilicueta as the smallest of the three Chelsea defenders and looking to bully him.

Playing through Chelsea is extremely tough, but playing over them is easier and this should be closer than the odds suggest.

Chelsea
Eden Hazard is a minor doubt after being kicked in training on Wednesday but is expected to be available.

Key stat
Eight of Chelsea's ten Premier League away games have featured under 2.5 goals since they switched to a back three. The three games before that had all gone over 2.5 goals

Listen to our Postcast on Monday's big game