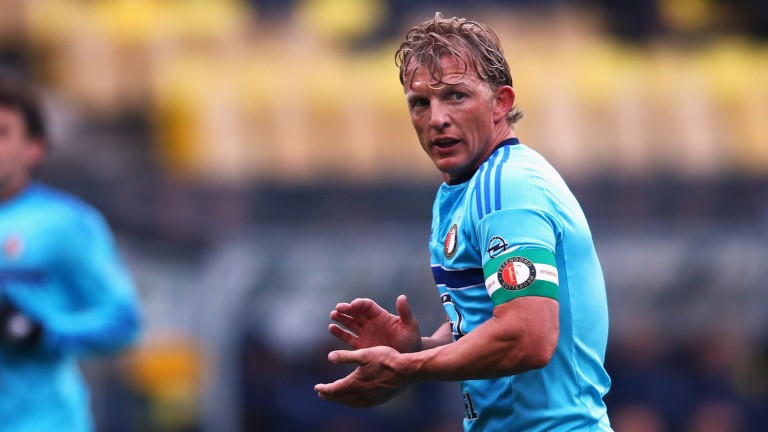 Ajax v ADO Den Haag Sky Sports Mix, 1.30pm
It will be a massive surprise if Ajax do not win this game convincingly as ADO have been poor this season, but finding a bet is not easy as Ajax are huge favourites.

However, free-kick specialist Lasse Schone has scored in both games since the winter break, takes Ajax's penalties and is a nice price to open the scoring.

Feyenoord v NEC Nijmegen Sky Sports 5, 3.45pm
Feyenoord led the Eredivisie by five points before this weekend's round of games and they can maintain their advantage over the chasing pack by brushing aside NEC at De Kuip.

NEC were hammered 5-0 at Ajax earlier in the season and have won just twice on the road, while Feyenoord have scored an average of three goals per home game and are undefeated in Rotterdam.