Leaders Arbroath can storm to another League One win 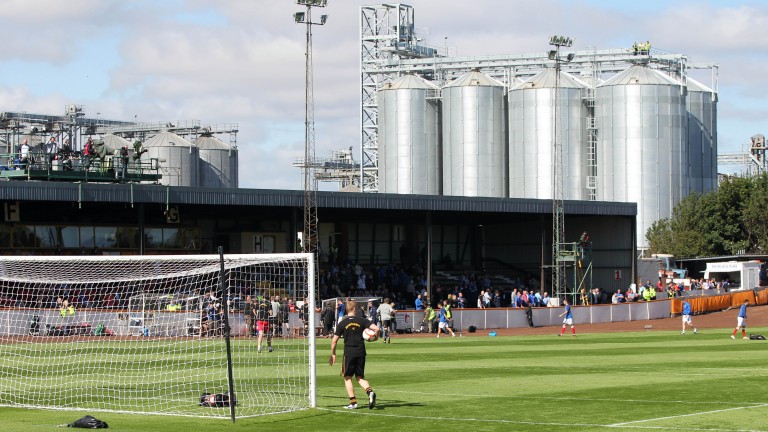 Arbroath have arguably been the success story of Scottish football this season after storming ten points clear in Ladbrokes League One and they can maintain that fine form when they make the short trip to face Brechin City.

Dick Campbell's men shrugged off the disappointment of losing in the playoffs last term, roaring back with a near-perfect start to the 2018-19 league campaign.

They have relished having Angus neighbours Montrose, Forfar and Brechin in the same division.

Although Bobby Linn has taken most of the plaudits with eight league goals, Arbroath have also kept three clean sheets in a row so their defence is in good nick.

Brechin are under new management and Barry Smith's side made an instant impression by walloping Forfar 4-0 last week.

But the Gayfield team are a class above and the Smokies should have enough to make it five wins in a row.

The basement battle in Ladbrokes League Two can see Berwick Rangers put daylight between themselves and Albion.

Rovers will have a new manager when ex-Hibs and Portsmouth winger Kevin Harper takes charge for the first time after replacing John Brogan at Cliftonhill.

But there's not a great deal he can do until January as the squad he inherited includes a leaky defence.

After a win against Stirling that looked to have stopped the rot, Rovers have slumped to five defeats.

Berwick are far from brilliant themselves but they chalked up a surprising and morale-boosting win at Elgin last week and netted an impressive four goals in the process.

It was the first win for new manager Johnny Harvey and he has a golden opportunity to make it two in a row at Shielfield Park.

Don't expect an encounter heavy on quality but the English side can go eight points clear of Rovers.

Edinburgh City are worth a punt at a decent price to see off Alloa in the Challenge Cup.

The capital side are two divisions below the Clackmannanshire men, but both are part-timers.

Alloa are missing some important cup-tied players such as Jake Hastie and Liam Burt and Ladbrokes League Two leaders City showed what they could do in the last round by winning 4-1 at Arbroath. A team who have chalked up 13 out of 14 wins are worth a look at the prices.