Layers unwise to be Salah dodgers 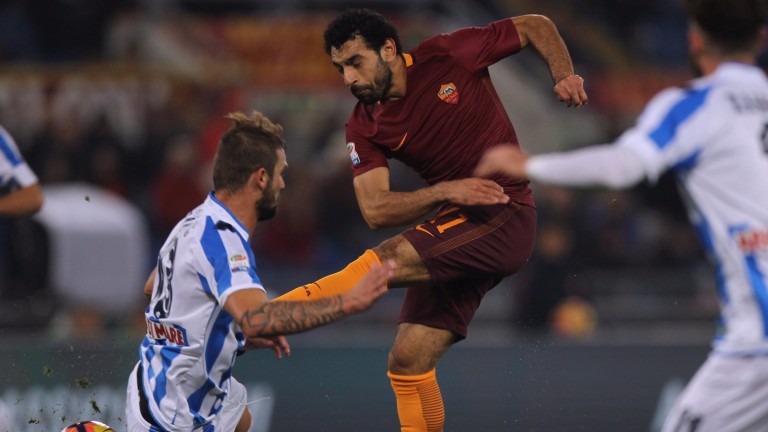 Plenty of big names have slipped up in their attempt to land the Afcon Golden Boot, but Egyptian talisman Mohamed Salah can rise to the occasion and follow in the footsteps of compatriot Gedo.

Gedo claimed the honours in 2010 with five goals and history suggests a similar effort from Salah would be enough to be crowned this year’s leading marksman.

There was a five-way tie in 2015 with Ahmed Akaichi, Andre Ayew, Javier Balboa, Thievy Bifouma and Dieumerci Mbokani all notching three goals while Emmanuel Emenike and Wakaso Mubarak shared the spoils in 2013 with four goals apiece.

Samuel Eto’o – winner in 2006 and 2008 – was the last star man to top the goalscoring stakes but it’s worth chancing Salah, who notched four goals in helping Egypt qualify, to buck the recent trends.

The 24-year-old has an excellent goalscoring record for both club and country, including nine goals in 17 appearances for Roma this term, and the pacy winger is likely to be involved in most of Egypt’s attacking play.

Set-piece responsibilities, particularly penalties and free-kicks, will fall on the shoulders of Salah, too, giving him every chance of amassing the majority of Egypt’s goals.

Egypt are housed in one of the weaker sections and given they are expected to reach the latter stages of the competition, Salah – who has netted 27 times from 45 caps – should get plenty of opportunities to bolster his fine goalscoring record.

Pierre-Emerick Aubameyang heads the market at 6-1 and would be difficult to thwart if meeting his impeccably high standards, while the chances of Senegal’s Sadio Mane and Algeria’s Islam Slimani have to be respected.

However, DR Congo frontman Cedric Bakambu is far too big a price at 80-1.

Bakambu is a proven goalscorer in La Liga, where competition is much deeper, and the 25-year-old has scored four goals in only nine internationals for the Leopards.

The Villarreal ace notched 12 goals last season and, although he will receive competition for his starting place from Hull’s Dieumerci Mbokani, Bakambu was DR Congo’s leading marksman in qualification.