Scots look set to entertain throughout 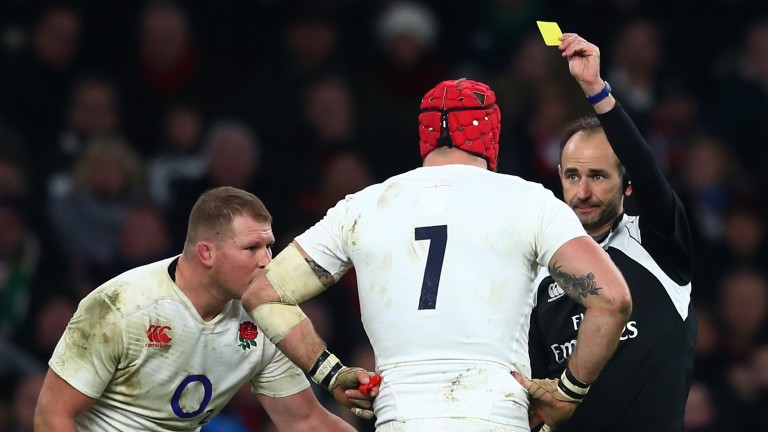 Under 19.5 yellow cards
Bookmakers have ramped their cards line up from 13.5 to 19.5 following a directive from World Rugby last month to bring in harsher sanctions for high tackles.

The change brought an immediate reaction but after intense media scrutiny into decisions on the first weekendof the crackdown, referees were quick to play down the long-term impact.

The law on high tackles has not changed and plenty of players have seen yellow for illegal challenges in the past, so it doesn’t necessarily follow that the number of sin-binnings will suddenly jump up.

One or two of the offences highlighted the first time the new sanctions were put in place have since been reviewed and deemed to have been less serious than first thought, so there will be pressure on the man in the middle to tread a cautious path.

There will inevitably be some cards shown for high tackles, and players guilty of clumsy or unintentional hits to the head area are now to be afforded no leniency, but an increase of nearly 50 per cent seems unlikely.

There were ten cards shown in last year’s tournament, well down from the 15 seen in the previous year so it’s clear the total can jump around. But it may be that the shift in emphasis on high tackles does not produce the outcome bookmakers seem to expect.

Over 8.5 Scotland tries
Cards aren’t the only subject for debate in the Six Nations this year as the introduction of bonus points raises the question of whether we will start to see more tries.

After years of steady decline, try totals have pushed up in the last three years although that has partly been down to a few big blowouts rather than an increase in tryscoring across every game.

There is a big discrepancy in bookmakers’ lines, with Paddy Power setting theirs at 61.5 and Betfred as high as 69.5, both below last year’s tally of 71.

The potential effect of bonus points is up for debate but the market looks to have gauged it pretty well.

One team who should help boost the overall tally though are Scotland, who recorded a personal best last year with 11.

They have three home games this season including Italy in the final round. Their impressive back three of Stuart Hogg, Sean Maitland and Tommy Seymour, contributed half of Scotland’s ten-try tally in November while centre Huw Jones, the discovery of the autumn with his brace against Australia, has also been named to start against Ireland in their opener.

Scotland v Ireland to be highest-scoring game
Going for the very first game in the schedule to produce the most points could mean a long nervy wait for the final round, which often features at least one tryfest.

But both these teams are set up to attack and week one is when teams still need time to gel and defences may be rusty.