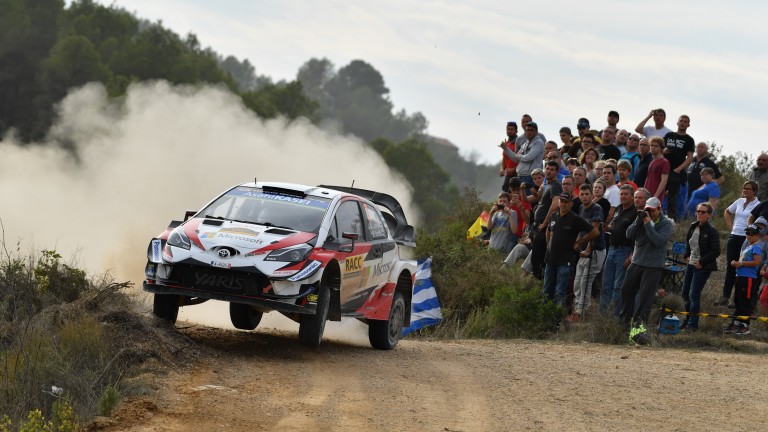 The World Rally Championship arrives in Australia for the final round of the season with three drivers still in contention for the title.

Sebastien Ogier, Thierry Neuville and Ott Tanak will hit the road first in that order on day one and while bookies rightly rate Tanak the outsider for the championship, he is favourite to win the rally.

The Australian route is lined with dusty "pea gravel" - small round stones that are treacherous to drive on but get swept off the road after a car or two have been through.

That traditionally means a big disadvantage for the first car on the road - in this case Ogier, who holds a three-point lead in the championship.

However, the weather in New South Wales has been unseasonably wet, and more rain is expected for the rest of the week. And that reduces the disadvantage of going first through the stages.

Ogier has won three times in Australia - on each occasion running first - so the Frenchman will be confident of landing a sixth straight championship.

And that is where his focus will be - he doesn't need to win the rally, he just needs to finish ahead of Neuville.

The Belgian held a 27-point lead at one stage but just one podium finish in the last five events has seen that advantage evaporate.

With so much pressure on the big three there may be value further down the betting, and Tanak's Toyota teammate Jari-Matti Latvala appeals.

The Finn has yet to win this season, but scored podium finishes in similar tests in Finland and in Wales, where he also won the power stage.

FIRST PUBLISHED 8:03PM, NOV 14 2018
With so much pressure on the big three there may be value further down the betting