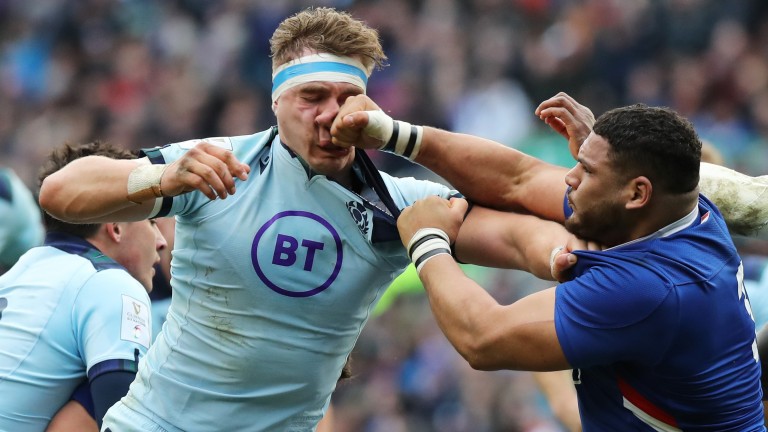 France's Grand Slam hopes were crushed by a 28-17 defeat by Scotland at Murrayfield on Sunday and England are the new 1-3 Six Nations favourites.

Les Bleus, 8-13 for the tournament after winning their first three games against England, Italy and Wales, were six-point handicap favourites for their fourth fixture, but a first-half red card for prop Mohamed Haouas when France were leading 7-6 proved costly.

Scotland were ahead 14-7 by half-time and kicked on with a man advantage after the break to win comfortably.

England, who beat Wales 33-30 on Saturday, are 1-3 to take the title as they now lead France on points difference. Scotland are three points behind, with Ireland a point further back with a game in hand.

France are out to 10-1 to win the title with Ireland 5-1 second favourites.

France are at home to Ireland next week on what was meant to be the final weekend of the Six Nations, with Wales hosting Scotland.

But this week's game between Ireland and Italy and England's scheduled visit to Rome next week have been postponed due to the coronavirus outbreak.