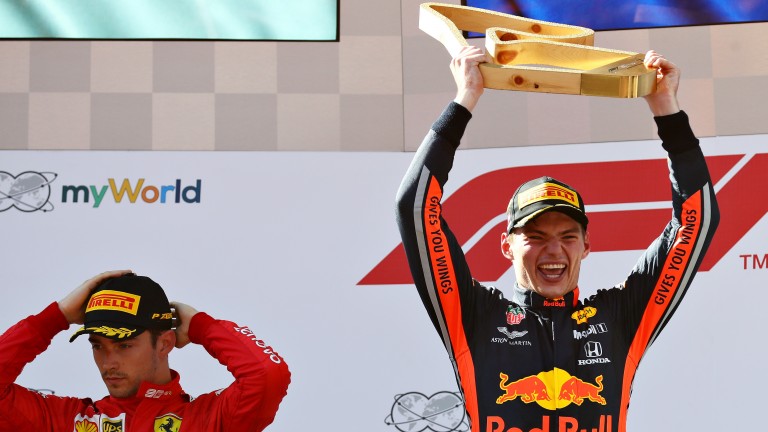 Max Verstappen was finally announced as the winner of a dramatic Austrian Grand Prix almost three hours after the race ended.

Charles Leclerc, sent off the 5-6 favourite after claiming pole position, led for the majority of the race and hit 1-10 in-play, only to be overtaken three laps from the end by the flying Dutchman.

The two 21-year-old drivers were the youngest ever winner and runner-up of a grand prix, but it took hours after the race to discover which of them was the official winner, as stewards deliberated over whether to penalise Verstappen for barging Leclerc off the track as he went past.

They decided no further action was required as "neither driver was predominantly to blame".

Red Bull star Verstappen had begun the race alongside Leclerc in second on the grid, but dropped to ninth place when he got off to a slow start and was shunted out to 50-1 in-play.

All F1 bets are settled on the positions at the time of the podium ceremony, so for betting purposes Verstappen would have been the winner and Leclerc the runner-up regardless of the stewards' decision.

It was the first race this season that was not won by Mercedes, and world champion Lewis Hamilton is probably happy enough despite finishing only fifth as his overall lead remains a handy 31 points over his teammate Valtteri Bottas, who was third.