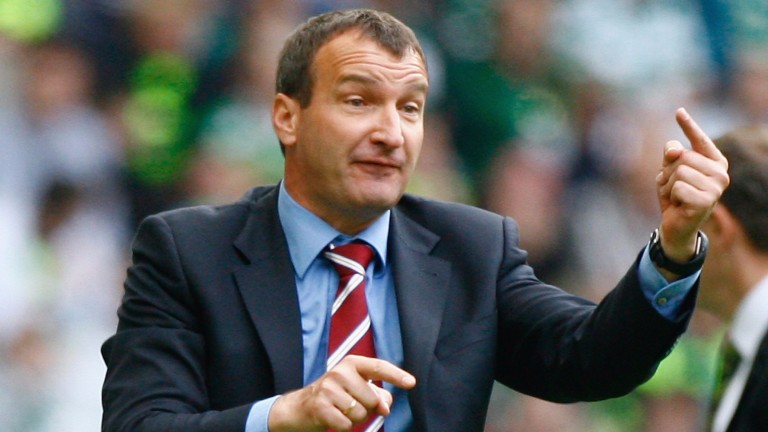 Dundee United can give new manager Csaba Laszlo the perfect start  when they host Crusaders in the Challenge Cup quarter-final.

The Tangerines unveiled the former Hearts boss as Ray McKinnon's successor earlier this week and, although he may take a slight back seat initially, the Hungarian is sure to want an input into getting his reign off to a good start.

While it is always tricky comparing Scottish and Northern Irish leagues, it should be noted that United beat Linfield with a youthful side earlier in the competitions.

United grabbed a morale-boosting win against Ladbrokes Championship leaders St Mirren last week and they will keen to build on that as they look to retain the trophy they won last year.

Crusaders are going well in the NIFL Premier League, but the Scots should be too strong, especially with visiting manager Stephen Baxter considering rotating his squad.

In a tight league programme, Stranraer can pile more misery on troubled Airdrie in Ladbrokes League One.

Disgruntled Airdrie fans continue to make their feelings known off the field and it looks like those issues have filtered their way down on to the pitch too, with their only victory in eight games coming against struggling Queen's Park.

Improving Stranraer, meanwhile, have won two of their last three outings and look a fine price to claim another victory at the Excelsior Stadium.

It's worth banking on the Montrose bandwagon to roll on for a third week running.

Stewart Petrie's men are rapidly closing in on Stirling at the top of Ladbrokes League Two after a great run of four consecutive wins.

They face an Annan side who have scored just one goal in their last four games.

Montrose striker Craig Johnston is on fire with five goals in his last four games and coupled with a well-organised backline, Annan look like being the next side on their hit list.