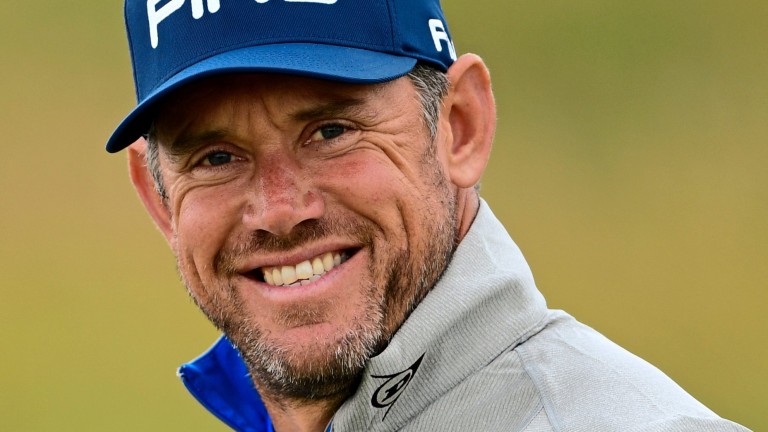 Lee Westwood is swinging well at one of his favourite tracks
Stuart Franklin
1 of 1
By Steve Palmer 2:28PM, NOV 10 2018

Story so far
Sergio Garcia made a mess of the 18th hole for the second day running to encourage the chasing pack in the Nedbank Challenge at Gary Player Country Club, Sun City, South Africa.

Garcia, 10-1 second-favourite behind Rory McIlroy ante-post, has been leading the tournament ever since opening with an eight-under-par 64 on Thursday. But back-to-back 71s, both concluded with a bogey at the final hole, have seen Garcia progress to just ten under to give the rest of the field plenty of hope.

Garcia is a general 3-4 chance to convert his two-shot advantage into the third Nedbank triumph of his career. Louis Oosthuizen, 16-1 ante-post, birdied the 18th hole to move into clear second place and a best-price 7-2 for a first Nedbank title.

Thomas Detry, Lee Westwood and Mikko Korhonen are tied for third place. Westwood, like Garcia, is seeking to complete a Nedbank hat-trick.

Final-day advice
Sergio Garcia was in awesome form on Thursday, quickly taking charge in Sun City, but some dodgy putting on Friday and some loose shots on Saturday mean the Spaniard still has plenty of work to do if he is to become a three-time Nedbank champion.

Garcia boarded the 18th tee in round three with a four-shot lead, but left the 18th green with only a two-shot cushion, a two-shot swing which may prove decisive in determining who lifts the famous trophy on Sunday.

Louis Oosthuizen and his army of fans headed to the clubhouse with a spring in their step, a brilliant birdie from the local man reviving hopes of back-to-back South African Nedbank champions.

Oosthuizen has given himself a golden chance of following Branden Grace on to the Nedbank roll of honour.

Garcia enjoyed home support on route to winning the Andalucia Masters last time out, but the boot is on the other foot this time, and the Sun City galleries will be fiercely supportive of Oosthuizen in the final round. Even tournament host, Gary Player, makes no secret of his desire for South African success.

Oosthuizen is experienced enough and successful enough to relish the role of home hero – the 2010 Open champion has won four of his last six European Tour titles in South Africa – and his swing has been in mint condition for the most part this week. If this class act holes his fair share on the greens in round four, Garcia may eventually be forced to relinquish the lead he has carried from Thursday afternoon onwards.

Those behind Garcia and Oosthuizen know they have a serious mission on their hands to overcome both of them, but Lee Westwood, a dual Nedbank champion hitting his ball superbly, will certainly not have given up the ghost. Westwood seems by far the biggest danger of the rest.

Racing Post Sport followers are on Oosthuizen and Westwood ante-post each-way, advised at 16-1 and 40-1, so personal positions come into punting plans from here on in. Conservative sorts may choose to have some cover on Garcia at 8-11. Anyone yet to get involved should be eyeing up the superior value offered by 7-2 Oosthuizen and 11-1 Westwood.

Oosthuizen, who managed to stay well in touch despite not having his A-game with him for much of round three, is a particularly attractive option. The suspicion is Oosthuizen has an extra gear to click into on Sunday and the boisterous GPCC fans can help him over the line in a tight finish.

Oosthuizen, Garcia, Westwood is the tricast prediction with 18 holes to play. Betfair, Power and Sky Bet have an outright market without Garcia and Oosthuizen, where Westwood looks a solid favourite.