Lamasine may surprise Jaziri in Montpellier 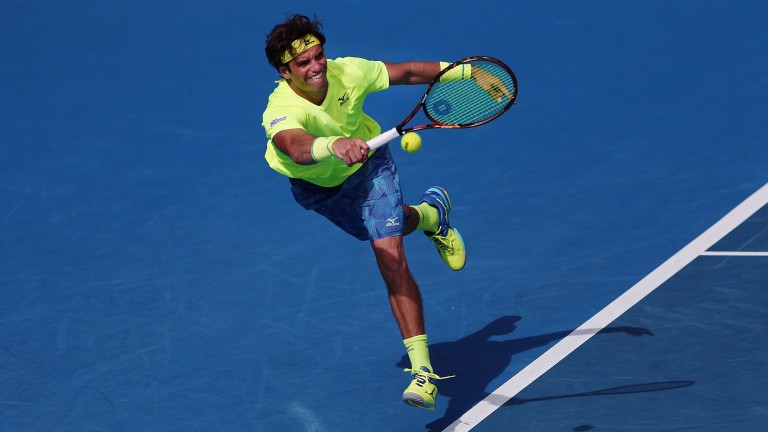 Tristan Lamasine has not been seen in the main draw of a top-level tournament since Gstaad last July and it could be a case of out of sight, out of mind regarding the Frenchman going into his Open Sud de France clash with Malek Jaziri in Montpellier.

Jaziri has started the year positively and defeated Diego Schwartzman, Go Soeda and Alexander Bublik on outdoor hard courts. But the powerful Tunisian 33-year-old is arguably a weaker performer indoors and could be vulnerable against his French opponent, whose recent form reads quite well.

Lamasine, 23, fought back to deny Laslo Djere before hammer­ing Mathias Bourgue in a Challenger event in Quimper last week. He ran into Andrey Rublev in the last eight and there was little shame in losing to the exciting Russian.

He then came through the Montpellier qualifiers with wins over Jordi Samper-Montana and Jonathan Eysseric and could be ready to continue his run in the main draw.

Lamasine looks value to win at least a set and also to progress and is backable in both markets.

Experienced Julien Benneteau, who is still chasing a first main-tour title, has been backed to defeat Feliciano Lopez but the Spaniard remains a consistent performer and the clash looks hard to call.