Big Hendo could cause problems for Simon Whitlock 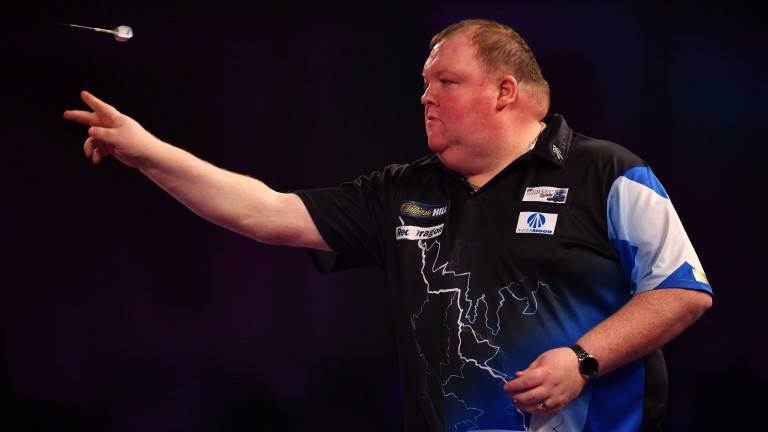 Simon Whitlock was gift-wrapped a place in round two of the Ladbrokes Players Championship Finals courtesy of a dozy Dutchman, but Big Hendo is unlikely to be quite so generous.

The Aussie was 3-0 down and getting battered by Jeffrey de Zwaan in his opener with the Cobra averaging not far shy of 120.

But Whitlock upped his game while De Zwaan nodded off and the Beard celebrated a 6-5 win.

It was a welcome success for Whitlock, who has endured a disappointing year, but he makes a dodgy favourite against John Henderson in round two.

The rocking Scot banged in six 180s during his 6-5 triumph over Ryan Joyce. But for ten missed doubles he would have won far more easily and he is throwing well.

They met in round one of the Matchplay in Blackpool in July when Whitlock won 10-8 despite a 101 average from the Scot. Since then, however, the Australian’s form has gone south and the underdog can get his revenge.

FIRST PUBLISHED 6:58PM, NOV 22 2019
The Australian’s form has gone south and the underdog can get his revenge