Lack of concentration is costing Spurs in big matches 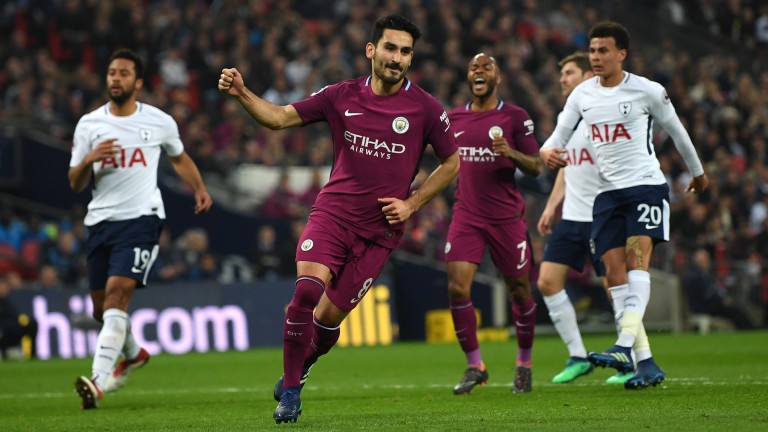 1 Tottenham need to cut out the mad five minutes
Spurs have a problem with steadying the ship just after they concede and it reared its head again in Saturday's 3-1 loss to Manchester City at Wembley.

The cliche goes that a team are at their most vulnerable just after scoring, but for Mauricio Pochettino's team, their problems come just after they concede against top-quality opposition.

This time Hugo Lloris gave away a penalty only a few minutes after Gabriel Jesus had given the new champions the lead. They seem at sixes and sevens as soon as their defence is breached.

Similar situations occurred in both legs of their Champions League clash with Juventus when the Old Lady's strikes were separated by seven minutes and three minutes.

It could be a lack of concentration or eagerness to get straight back into the game, but there is definitely scope for a similar situation to occur if they concede in their FA Cup semi-final against Manchester United on Saturday.

2  Southampton look doomed
With Crystal Palace and Huddersfield gaining valuable wins, the list of teams Southampton may be able to catch is beginning to thin out, which makes their capitulation against Chelsea all the more painful.

They played some good football to establish a two-goal lead against last season's champions, but their defence fell apart and that's four successive league games in which they have conceded three goals.

An FA Cup semi-final is probably the last thing they need this week and they could have to pin their hopes on a May 8 clash with Swansea to drag themselves out of trouble.

But morale will be on the floor after Saturday's loss and it is hard to argue with quotes of 1-2 for them to go down.

3 Giroud has to start for Chelsea
Olivier Giroud's two goals at Southampton were his first in the Premier League since his January move to Stamford Bridge and he surely deserves a chance to lead to line at Chelsea.

Alvaro Morata has scored just once in the league since the turn of the year and looks as if he cannot wait for the season to finish.

The Spaniard's main threat has been in the air, but Giroud's ability in that department is at least equal and the former Gunner looks far more confident.

The Saints will be desperate not to see the Frenchman line up in Sunday's FA Cup semi-final.

4 We may be on the cusp of another Watford wind-down
The Hornets were unable to muster a shot on target in a dismal game at Huddersfield and with 37 points in the bag, it seems many of their players believe their job is done.

There were similar scenes last season when they lost their final six matches and even before they were defeated at the John Smith's Stadium, they put up little resistance when visiting Arsenal and Liverpool.

It may not be wise to put much faith in them for their remaining four matches.

5 Scunthorpe could be League One promotion value
Scunny had failed to win any of their ten games before their trip to Charlton on Saturday but seven of those were draws and they could be about to peak at the right time.

The Iron were excellent at The Valley and could have won by more than a single goal. The resolute nature of their defending was particularly impressive.

In Ivan Toney they have a lively striker who has scored six goals in his last ten games and there are worse 5-1 shots than the price for them to be  playing in the Championship next season.