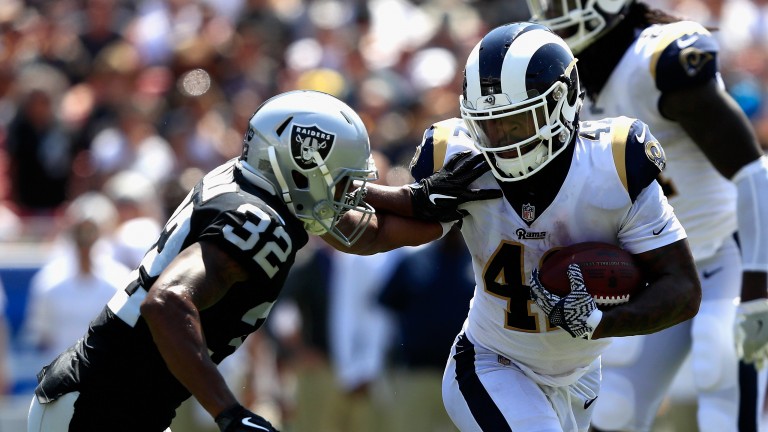 It is ten years since Jon Gruden was a coach in the NFL and plenty of people will be thinking he would have been better off staying in the Monday Night Football commentary box after his team have faced the Los Angeles Rams in their season opener.

Gruden's bank manager will not be one of those people - his ten-year deal at the Raiders is worth an eye-watering $100m - but there is no hiding from the fact that this clash against a team strongly fancied to make the Super Bowl this season is a daunting start.

The situation has not been made any easier by the shock departure of defensive end Khalil Mack, who was traded to Chicago.

The draft picks the Raiders received for him can't yet help to improve a defence who were ranked 26th against the pass last season.

Mack is one of the best pass rushers in the league and will surely be missed straight away against a team who averaged 29.9 points per game last season to be the highest scorers in the league.

They are undoubtedly a strong outfit - running back Todd Gurley is one of the best in the league - and they should get off the mark immediately given the problems Oakland have.

It seems inevitable that it will take time for Gruden to readjust to life back on the sideline and while his team will be keen to prove themselves in the American TV spotlight, they could have problems keeping the Rams at bay.

Team news
LA Rams
Linebacker Mark Barron (Achilles) is likely to miss the game. Ramik Wilson is in line to replace him. Running back Justin Davis (hamstring) is expected to be fit.

Key stat
Oakland have covered the handicap in just one of their last eight games against the Rams.