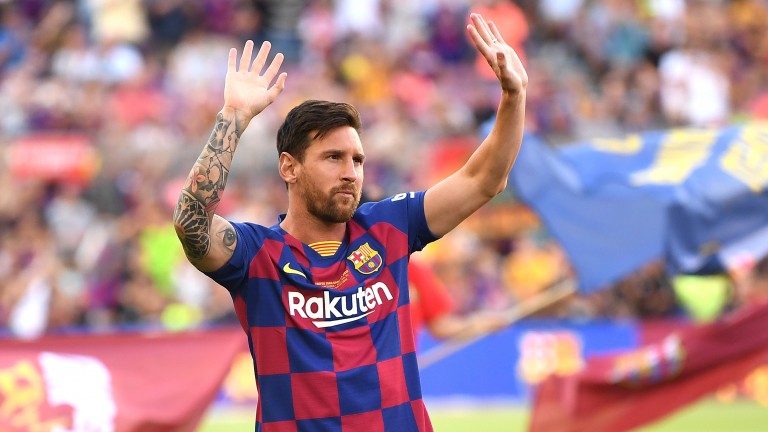 It could be harder than ever for punters to tune in to watch Lionel Messi's Barcelona in La Liga
David Ramos
1 of 1
By Liam Flin 7:00PM, AUG 15 2019

It was feared that this season it would be harder than ever for UK punters to feast their eyes on Barcelona and Real Madrid in action, with La Liga's TV rights hanging in the balance leading up to the opening set of fixtures.

Sky Sports relinquished their grasp on the coverage in 2018-19 with Eleven Sports UK assuming control but after the sports provider were forced to renegotiate a deal last December, subscription site Premier Sports and ITV4 took up the remainder of the matches.

But it has been confirmed that weekly match coverage and highlights of La Liga will be shown on ITV and ITV4 in the UK and Ireland this season.

ITV4 will broadcast a game from each of the first three matchdays, starting with Athletic Bilbao v Barcelona followed by Barcelona v Real Betis and Villarreal v Real Madrid.

The move will come as a relief to bookmakers, who feared the uncertainty over TV rights could impact betting turnover.

Alan Alger of Betway said beforehand: "We experienced a huge drop in betting interest in La Liga last year. Ronaldo joined Juventus and the Eleven Sports deal didn't go as well as they hoped and we hoped."

"As bookmakers we had our fingers crossed it would go to one of the bigger media outlets. The fact it hasn't would lead me to worry that turnover could be affected.

"If ITV manage to pick up big matches ad hoc it might still be good for us. But I think we are hoping that Sky Sports somehow get it back."