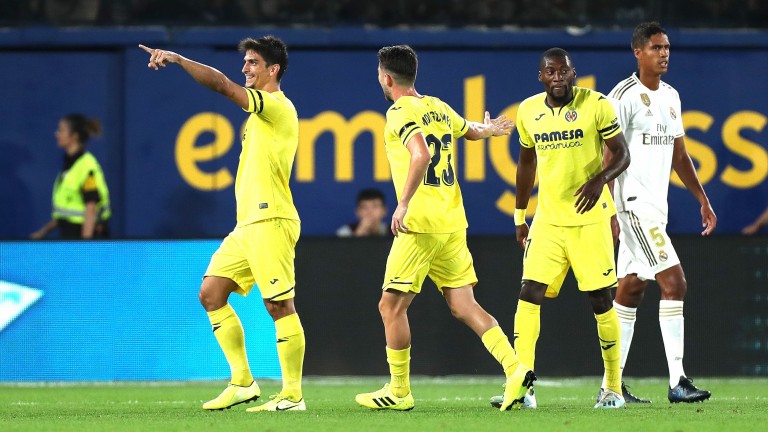 The fluctuating form of Valencia and Villarreal renders the match result market one to swerve when they lock horns at the Mestalla.

Punters should instead back both teams to score, which has clicked in six of Valencia's previous seven La Liga assignments.

Both clubs rank in the division's top five for average number of goals per game, with Villarreal's featuring 3.50 and Valencia's 2.86.

There will be plenty of attacking quality on show, such as the home side's duo of Rodrigo and Maxi Gomez and the Yellow Submarine's eight-goal marksman Gerard Moreno.

Only Barcelona (35) and Real Madrid (28) have scored more league goals than Villarreal (27) this term.

Real Madrid's hot streak has seen them go level on points with Barcelona at the top of La Liga and a trip to Alaves is exactly the kind of game in which they cannot afford to drop points.

Zinedine Zidane's men have won five of their last seven matches, wiping the floor with Real Sociedad and Galatasaray, but they may have to settle for a smaller margin of victory at the Mendizorroza.

Alaves can be awkward customers for strong opposition, holding Atletico Madrid to a 1-1 draw and limiting Sevilla to 1-0 success in home games this season. Backing Real to win a game featuring four or fewer goals looks a wise punting strategy.

Under 4.5 goals has landed in 12 of the 14 La Liga games played by Alaves this term.