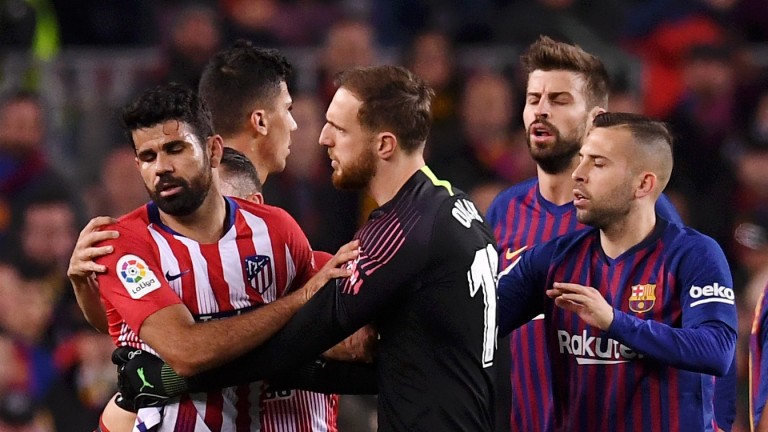 Barcelona have shown signs of taking their foot off the pedal as they cruise towards the La Liga title and they could struggle to shut out Sociedad completely at Camp Nou.

The Catalan giants have allowed Vallecano, Betis and Lyon to notch consolation goals recently and although their imperious home form should see them take maximum points, they could concede.

Key stat
Real Sociedad have scored in each of their last six matches.

Huesca profited from a much-changed Barcelona side last week but they could regret not getting more than a draw from their match with the champions-elect.

The basement boys have drawn each of their last three games against Celta Vigo, Levante and Barca but remain rooted to the foot of the table and their slim survival hopes could be ended by Rayo.

Vallecano have held Betis and beaten Valencia in their last two home assignments and they should fancy their chances against Huesca, who have won only two matches on the road all season.

Key stat
Huesca are winless in their last six matches.

Girona are rooted to the foot of the La Liga form table with five losses in their last six games and they could be dragged into the relegation battle with a defeat at Balaidos.

Celta Vigo have improved since the return of Iago Aspas and given themselves a shot at survival after wins over Villarreal and Real Sociedad.

They can create some breathing space between themselves and the bottom three, nudging their Catalan counterparts closer to the drop zone.