January transfers may struggle to make an impact 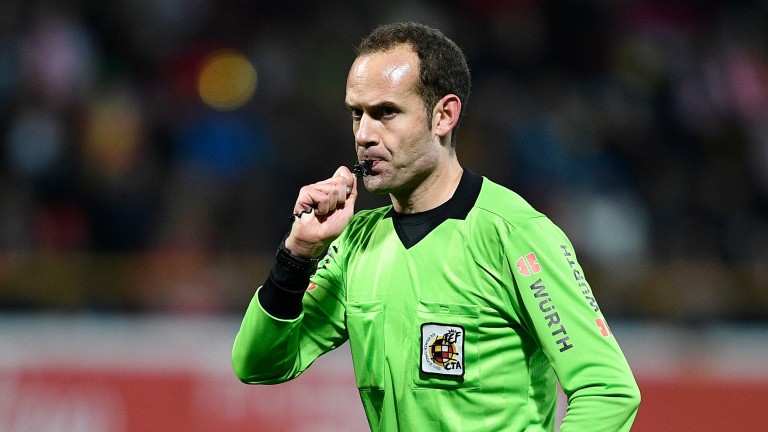 Referee Mario Melero Lopez is in his fifth season in La Liga. In each of the previous four seasons he issued cards more regularly than most of his colleagues. This season he has shown them at the same rate.

Has one of his bosses had a word with him? Has he fallen into line? Or was the start of this season merely a blip after which his old habits will re-emerge?

The answer to that question depends whether there is value for money in backing under six Asian total cards with bet365 in the midday kick-off between Leganes and Huesca. Bet365 offer decimal odds of 1.9 – equivalent to fractional odds of 9-10.

It may be worth taking a chance that the answer to the second question is yes and to the third question no – and bet low.

Overall, card counts in La Liga have dropped in the last two and a half seasons. During that time fair decimal odds about under six Asian total cards in a randomly chosen game would have been 1.55.

Even before considering the referee, the right odds for the Butarque stadium today would have been longer – though not as long as 1.9. Leganes and Huesca have both received more cards than most other La Liga teams, but not a great deal more. Although their card counts are likely to normalise in time, we do not know when that process might start – and should allow for the possibility it will not start in this match.

Referees differ. Because they are human they all have slightly different ideas at any given moment about which offences should be punished with a card and which should not. But they do not necessarily keep the same ideas throughout their career. They can change. There are many examples in Spain and beyond of referees who started out as high-card officials but then became middle-of-the-range or even low-card.

It is too early to be sure whether Melero Lopez has changed. But the evidence suggests he might have. And with that possibility it is arguable that under six Asian cards between Leganes and Huesca should still be shorter than 1.9.

The transfer window is open but some buys that come through it will not have the immediate impact their buyers hoped for. Why?

Assessing players in another team is not straightforward. Individuals perform within a group. The group can assist the performance of an individual in ways that do not become apparent until the individual is put into a different group.

Boris Groysberg, a professor of organisational behaviour at Harvard Business School, studied analysts at Wall Street stockbrokers. Analysts predict whether a stock will rise or fall.

He concluded that the star analysts had benefited from original employers who brought out the best in them.

Every position in a soccer team involves regular interaction with teammates. Goalkeeper is perhaps the most isolated. Even a goalkeeper’s performance, though, can be influenced by its context.

A keeper could look better with a bad team, for whom he is making saves throughout a game, than he would with a good team, by whom he might be called upon only once.