The best bet for Monday's football in Spain 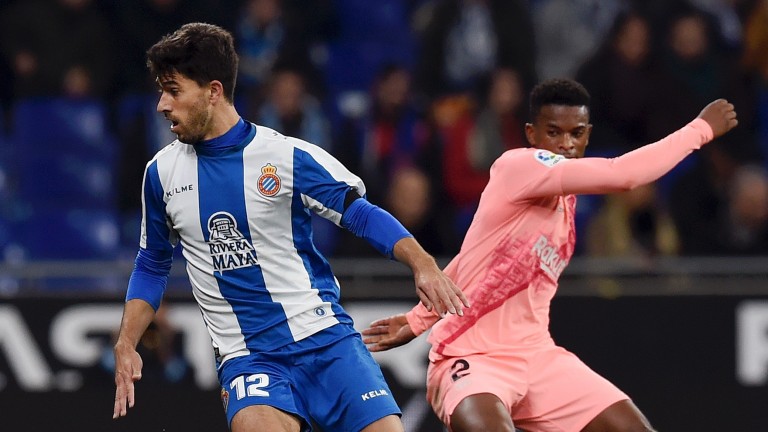 Espanyol defender Didac Vila (left) could have a difficult afternoon against Eibar in La Liga
Alex Caparros
1 of 1
By Dan Childs UPDATED 11:14AM, JAN 21 2019

Espanyol are through to the Copa del Rey quarter-finals after a 5-3 aggregate success over Villarreal but they have been on a poor run in La Liga, losing seven of their last eight games, and could struggle against Eibar, who are decent at home.

Eibar have drawn their last four home matches but have had a free week to prepare and could prevail.