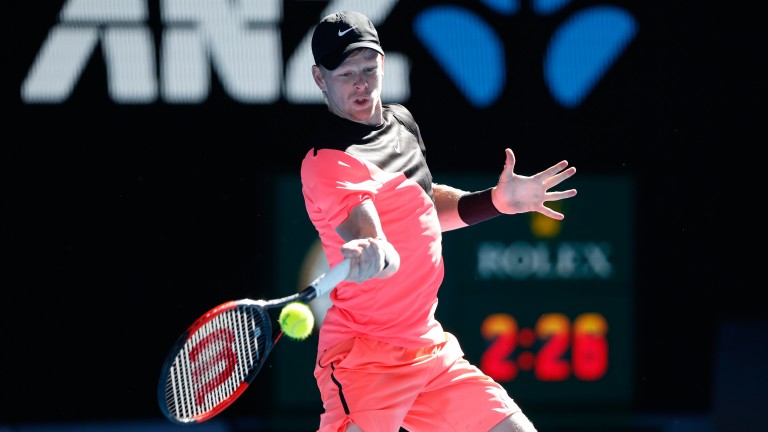 Kyle Edmund's fairytale journey to the last four of the Australian Open came to an end with a straight-sets defeat to big-serving Croatian Marin Cilic but bookmakers are not taking any chances on the Briton going from strength to strength.

The Yorkshireman had already defeated two top-20 performers in Kevin Anderson and Grigor Dimitrov on his way to a semi-final berth, but sixth-seed Cilic proved a cut above and ran out a decisive 6-2 7-6 6-2 winner.

Edmund has won five matches in Melbourne over the past fortnight and became one of only six British men to reach the semi-final of a major in the Open era.

The 23-year-old kicked off his tournament as a whopping 500-1 for the title but bet365 were so impressed with his efforts that they installed him as a 33-1 chance about winning a Grand Slam in 2018.

The same firm go 80-1 about Edmund claiming his first major at this season's Wimbledon and the Briton has firmly put his name in reckoning among the next generation of potential Grand Slam winners.

Coral have tempted punters by going 6-1 that Edmund can win a Grand Slam by the end of 2020.

Andy Murray's injury troubles have left hopes resting on the shoulders of Edmund and Coral are finding it tough to split the pair in their battle to end the year as the British number one.

Murray is marginally preferred at 8-11, while punters can back Edmund at even money.