Kuznetsov has the grass-court game to down Janowicz

Watson is not worth the risk in Nottingham 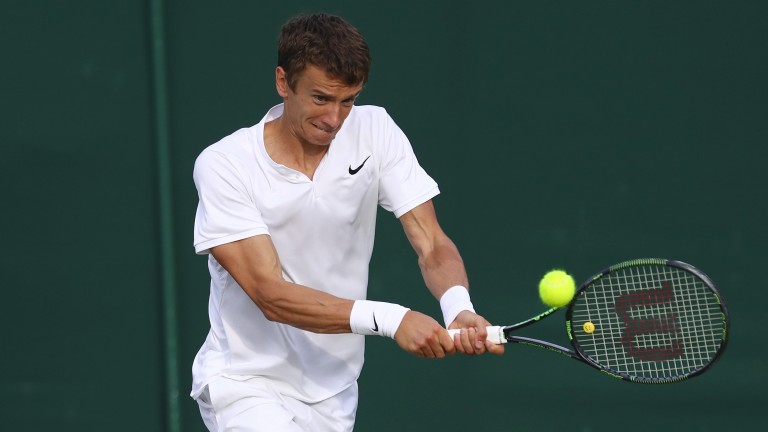 Andrey Kuznetsov enjoyed a fruitful clay-court campaign and the Russian will be aiming to continue his form into the grass season when he takes on Jerzy Janowicz in Stuttgart's Mercedes Cup.

The giant Pole made a Wimbledon semi-final in 2013 but his career has been blighted by injuries since and he has played only four matches on the ATP Tour this year.

Kuznetsov, a former junior Wimbledon champion, beat Gilles Muller to make the third round in the grass-court Grand Slam event last year. He can cope with big servers and should be able to neutralise Janowicz's powerful delivery.

Heather Watson is in action in the WTA Aegon Open but the Briton could struggle against American ace Alison Riske, who was beaten by Karolina Pliskova in the Nottingham final last year.

Watson made the final of last week's Surbiton Challenger but she was entitled to win four matches against inferior opposition and her form has been generally below par this year.