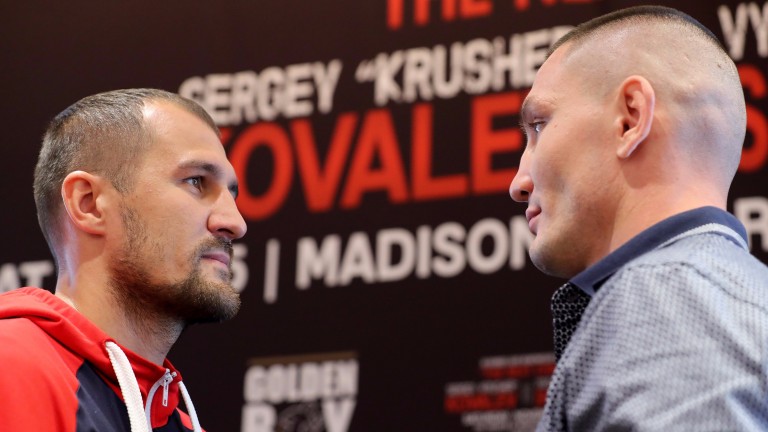 Sergey Kovalev (left) and Vyacheslav Shabranskyy stare each other down
Abbie Parr
1 of 1
By Dave Clark 8:00PM, NOV 24 2017

But back-to-back defeats to the now-retired Andre Ward have left Krusher Kovalev with questions to answer, as he fights for one of his old vacated belts in New York on Sunday morning against big puncher Vyacheslav Shabranskyy.

As the market suggests, Kovalev takes an almighty drop in class in his bid to regain the WBO title and he should have far too much for his 30-year-old opponent.

The Russian spent time away in a monastery in Greece following his second defeat to Ward and has changed trainers as he attempts to start afresh.

He may take time to warm to the task and be wary of his opponent's firepower in the early exchanges, but Kovalev appears to be in great shape physically and mentally, and a stoppage is expected after a handful of rounds.