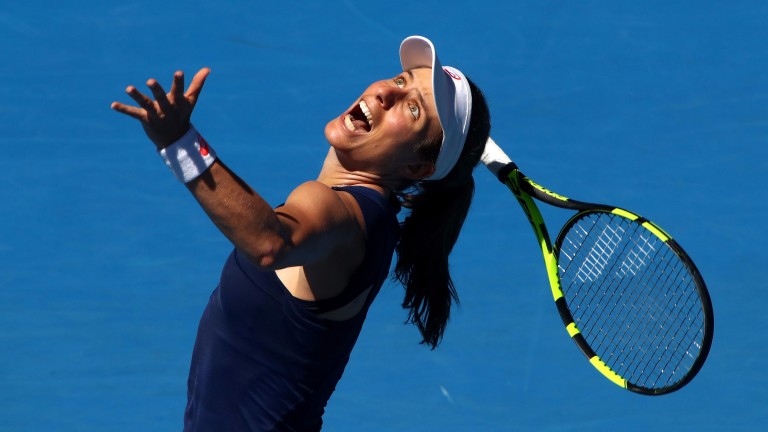 Johanna Konta goes in search of the biggest title of her career in the Miami Open final and the brilliant Brit can emerge with the trophy.

Konta takes on resurgent former world number one Caroline Wozniacki, who has been concentrating hard and scrapping well in her bid to return to the top of the game.

The great Dane merits considerable respect and Wozniacki has been well backed to defeat Konta in the final of a tournament once known as the fifth major.

But Konta’s groundstrokes are so suited to US hardcourts that Wozniacki will do well to stem the tide if the Eastbourne resident finds her rhythm.

Wozniacki silenced the ultra-consistent Karolina Pliskova 5-7 6-1 6-1 to surge into the title-decider, but while that was a fine effort a date with Konta provides a different sort of test.

Konta’s younger legs helped her dismiss the challenge of veteran Venus Williams 6-4 7-5 in their last-four clash. The fact that Venus had to return to the court a day after ousting world number one Angelique Kerber undoubtedly counted against her.

But all credit to Konta, who knows how to take her chance well.
Victory on the final day of the women’s singles would mean Konta would become a potentially big runner for the US Open later this year.

And if that’s an ambition for the Briton, then she should not be playing second fiddle to Wozniacki, who despite her bluster has always been vulner­able in the face of talented rivals.