Kolkata Kiwi De Grandhomme can impress with the bat

Knight Rider is a serious striker 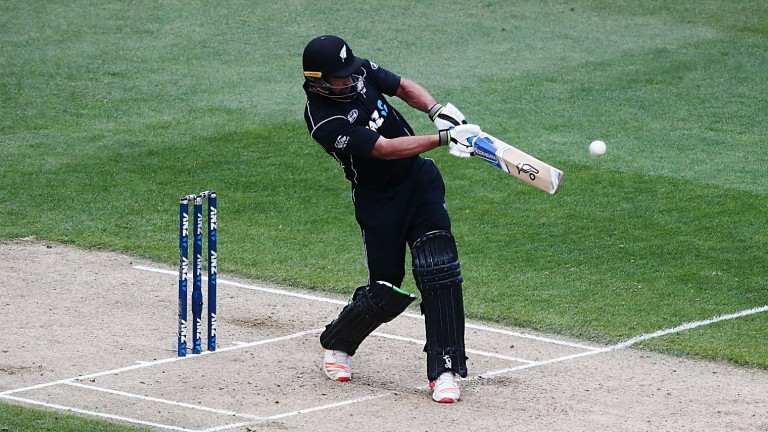 Kolkata Knight Riders have made a strong start to the IPL despite losing Australia blaster Chris Lynn to a shoulder injury and they are narrow favourites to beat Hyderabad Sunrisers, who have also won two of their first three matches.

Captains Gautam Gambhir and David Warner are the key batsmen on either side but it could be worth chancing Kolkata’s Kiwi Colin de Grandhomme to shine brightest.

De Grandhomme didn’t get a bat on his IPL debut against Kings XI Punjab but he looks a dangerous middle-order floater with a magnificent Twenty20 strike-rate of 171 runs per 100 balls faced.

He is a serious striker of the ball, hitting 23 sixes in 23 international appearances for New Zealand, and Paddy Power’s 17-1 about him top-scoring is worth a small punt.

Delhi Daredevils chalked up their first win of the season in fine style, thumping Pune by 97 runs on Tuesday, but there are still doubts over their top-order batting.

Kings XI were outclassed by Kolkata pair Gambhir and Sunil Narine last time out but before that reverse they had claimed impressive victories over Pune and Bangalore and they are evens to get back to winning ways.