Koepka possesses the power to rain on Woods parade 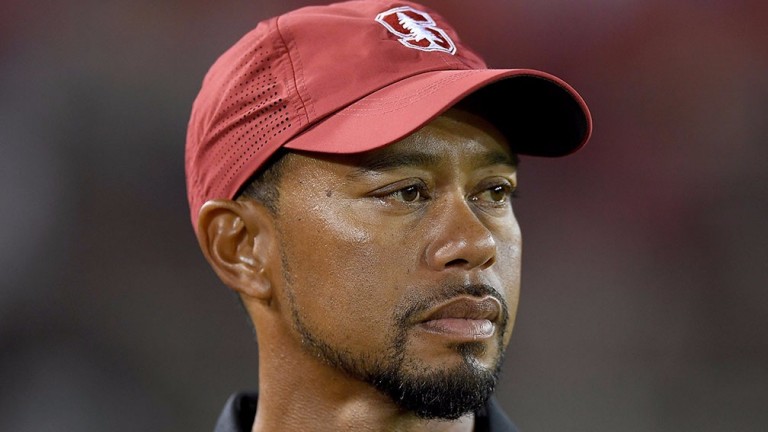 Palmer’s top tip
Brooks Koepka 10-1
There has never been a golf tournament before when a 40-1 joint-outsider of the field hogs the vast majority of the attention from spectators, cameramen and the watching world, but that is the case with the Hero World Challenge this week.

From start to finish, regardless of how he performs, Tiger Woods will be the main man. And rightly so. Fans are desperate to see whether Woods, free from injury after 15 months on the sidelines and with a 41st birthday looming, can still cut the mustard.

The Hero coverage may prove frustrating for punters, most of whom would prefer the focus to be on more realistic tournament winners, but there are only two players in the debate for the title of the greatest-ever player and that means Woods deserves centre stage.

Jack Nicklaus is 76 and done with winning. Has Woods got more left in him? The Hero will provide plenty of clues.

The Safeway Open and the Turkish Airlines Open were originally scheduled for Tiger’s comeback, but the 14-time Major champion felt his game was not up to a good enough standard for competition.

His practice regime has stepped up a gear since and the old bullishness has returned this week. Woods says he is ready.

The Hero looks a perfect event for him to reappear. As tournament host, he can get the course set up to his liking, and as an Albany member he knows the layout well. The generous fairways take pressure off his driving. And the recent inactivity of some in this field – five of them have not competed for a month – means there could be some rust in his rivals too.

Expect a mid-division finish from Woods, who can use course knowledge and burning desire to beat a few of the assembled elite, restoring some pride and confidence in the process. His practice form has reportedly been impressive.

A victory would be fairytale stuff for Tiger, although it should be noted that he emerged from five months away from golf prior to the 2010 Masters and finished fourth.

The scrutiny that week was immense in the wake of his sex scandal, but only three players beat him in a Major. The heart of a champion remains inside Woods.

Brooks Koepka is by far the best bet, though, and Tiger may find himself chasing the shadow of his power-packed compatriot.

Koepka stepped up a level with a superb Ryder Cup debut last month, winning three points from four matches, and switching to a TaylorMade driver has brought spectacular results off the tee for the former Nike man.

Koepka opened with a 62 en route to second place in the Shriners Open in his last Stateside start, then he won the Dunlop Phoenix Open ten days ago on his Japan Tour debut with a record-breaking 21-under-par 72-hole total. Not even Woods, Dunlop champion in 2004 and 2005, could get close to that score in his pomp.

Albany is perfect terrain for Koepka, who should make mincemeat of the five par-fives, and he got some course experience with seventh place last year.

Next best
Justin Rose 22-1
Behind Woods, the player teeing up after the longest absence is Justin Rose, who has not had a scorecard in his hand since the Ryder Cup. But, like Woods, Rose has the advantage of knowing the course intimately.

The Englishman lives in the Bahamas and Albany is his practice base. His comfort there showed in a course-record final-round 62 in last year’s Hero. Olympic champion Rose, who has added bundles of yardage to his drives over the last couple of years, is well capable of overcoming his rust and joining in on the Albany par-five destruction. This class act is a surprisingly big price.

Other notables
Jordan Spieth, victorious in the Australian Open ten days ago and fourth in last year’s Hero, must be respected. Likewise defending champion Bubba Watson, although he has a bruised ego from his Ryder Cup snub and flopped in China last time out.

Dustin Johnson, who sliced the heel of his right foot in a swimming accident before the last Hero, should improve on that 15th-place finish, but the US Open champ may have mentally downed tools for the year. The in-form Hideki Matsuyama tied for last place 12 months ago.

Patrick Reed, last year’s runner-up, has gone off the boil since the Ryder Cup, while Rickie Fowler has trekked to the Bahamas from World Cup duty in Australia.

JB Holmes is suited to the track and a tempting outsider who was eighth last year, but Henrik Stenson, Louis Oosthuizen and Emiliano Grillo are making their Albany debut.

When to bet By 3.25pm tomorrow

Where to watch Live on Sky Sports from 6.30pm tomorrow

Course overview The World Challenge’s traditional home was Sherwood Country Club, California, where it was staged from 2000 to 2013, but it moved to Isleworth Country Club, Florida, in 2014, then to Albany last year. Albany is a luxury resort on the island of New Providence, which opened in December, 2010. Ernie Els designed the course and is a member there, along with Tiger Woods and Justin Rose. The straightforward and open desert links-style track has five par-fives, five par-threes and eight par-fours, encouraging aggressive golf. Last year’s champion Bubba Watson was one of four players who finished 20 under par or better

Story of last year Watson used a third-round 63 to scoot clear at the top of the leaderboard, comfortably fending off Patrick Reed, Rickie Fowler and Jordan Spieth in round four, winning by three shots

Type of player suited to challenge Watson overpowered Albany last year, going 13 under par for the five par-fives and 12 under par for the rest of the course. Expect big-hitters carrying hot putters to succeed this week