Koeman's Holland can find the net against Portugal 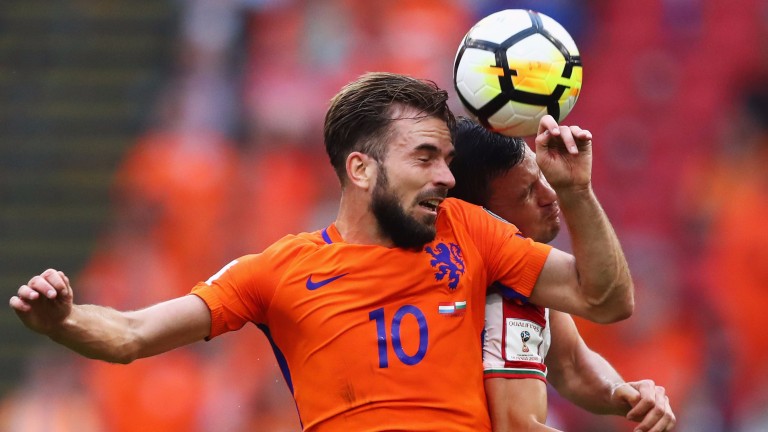 Davy Propper battles for the ball during Holland's qualifier against Bulgaria
Dean Mouhtaropoulos
1 of 1
8:00PM, MAR 25 2018

Holland lost 1-0 to England in Ronald Koeman’s first game in charge at the Amsterdam ArenA on Friday but they are worth a bet to net in their friendly against Portugal in Geneva even if victory is likely to elude them again.

Portugal are 5-4 favourites and it is not hard to see why when they are unbeaten in 90 minutes in almost exactly 12 months and they have qualified for the World Cup while the Dutch are staying at home this summer.

However, the European champions tend to concede goals when little is at stake.

Fernando Santos’s men won 2-1 against Egypt on Friday night and drew 1-1 with the USA in a friendly in November.

In the Confederations Cup in Russia last summer they drew 2-2 with Mexico and won the third-place playoff with El Tri 2-1 after levelling in the last minute.

Even in World Cup qualifying, Portugal beat Latvia 4-1 and the Faroe Islands 5-1 at home.

The new generation of Dutch players did not impress against England under the bright lights of Amsterdam but they have a decent away record and maybe the pressure of playing in front of the Oranje faithful got to them. They won't have that problem in Switzerland.

They have won ten of their last 14 away games and netted in 12 of them, scoring two or more on nine occasions.