Local can still make mark at The Players 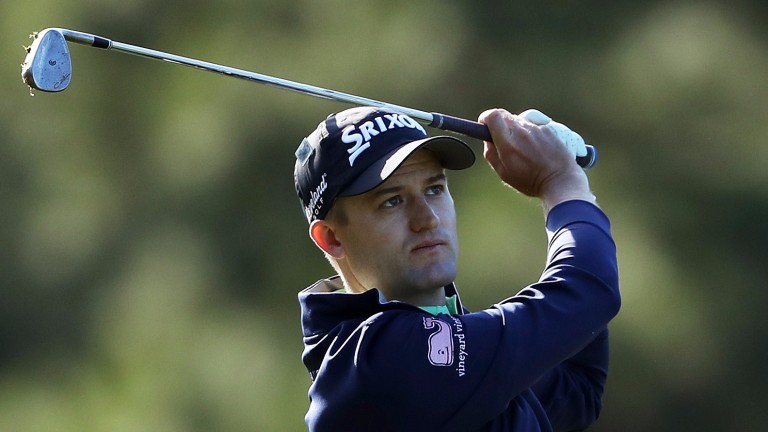 Live on Sky Sports 4 from 6pm

Brian Harman will still have been buzzing during his first round of the Players Championship on Thursday, just a few days after his dramatic triumph at the Wells Fargo.

But there is still be plenty for him to do to ensure his place at Sawgrass for the weekend after an opening 71 and he will have two playing partners who need to make rapid headway.

Harman finished eighth in the Players in 2015 but that's the only occasion in five visits that he has finished in the top 50, so the Florida course still has the potential to bite him.

Russell Knox and Venezuelan Jhonattan Vegas will be looking to make their mark and preference is for the Jacksonville-based Scotsman Knox to win the threeball at 6.08pm at 2-1.

Knox endured a disappointing first day with a four-over-par 76 after his putter let him down.

However, his course record of 39-17-19 suggests the course, which is close to his home, should suit him, especially as his finish last year was damaged by a third-round 80 when he was in contention to claim a big prize.

Thursday's effort was only the second occasion in 12 Sawgrass rounds that he has fired more than 73 and although his form has dipped after eight successive top-20 finishes between October and January, he could be galvanised.

Vegas will be cursing his double bogey on the 18th which meant he finished with a 78.

He was seventh in 2012 but could struggle if he starts poorly like he did yesterday when he was three over par after just six holes.

Zach Johnson finished runner-up to Matt Kuchar that year and he could take the honours in his second round as he accompanies Paul Casey and Jimmy Walker (6.30pm).

Casey putted well and could be geared for a charge if he can hit more fairways on Friday, but Johnson recovered well from dropping two shots in his opening two holes.

He posted birdies on the 12th, 15th and 16th and a birdie on his final hole, the ninth, should have left him in good spirits.

The former Masters and Open champion has finished in the top ten of just one regulation tournament this year, but there were encouraging signs fro his 18th at Wells Fargo.

Jimmy Walker played well to finish one-under-par 71 but he has had illness issues for the first six months of the year which have affected his energy levels, and supporting the USPGA champion would be a leap of faith.