Klopp's Liverpool can cope without Coutinho 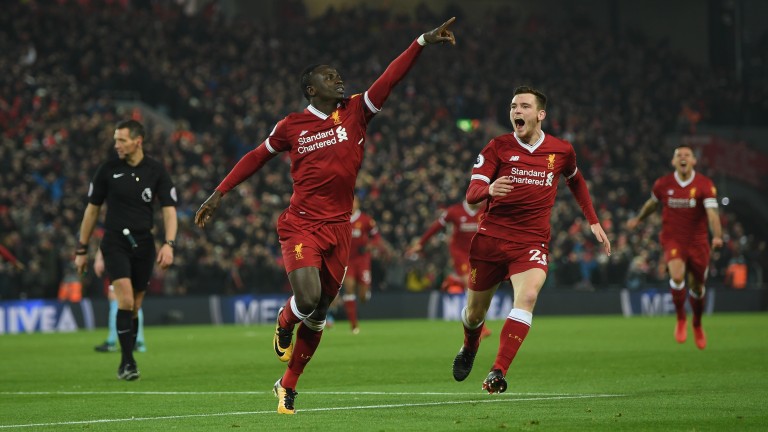 Alex Oxlade-Chamberlain, who may not have played had Coutinho still been around, opened the scoring before Liverpool's devastating front three of Mo Salah, Sadio Mane and Roberto Firmino also hit the target.

Manchester United and Chelsea were outclassed when they hosted City, but Liverpool not only showed more ambition but also beat the leaders at their own game, while they are are sure to improve defensively when the injured Virgil van Dijk returns.

Consistency used to be an issue for the Reds yet they have now won five on the spin and are unbeaten in 18. Even without Coutinho this could be the year Klopp ends the Anfield trophy drought.

2 Market hates new-look Gunners
Arsenal had been big drifters on Wednesday as they dug in for a 0-0 stalemate at Stamford Bridge against Chelsea in the League Cup first leg and it was the same again for the 2-1 Premier League loss at Bournemouth.

Arsene Wenger's side had been 3-4 shots on Saturday evening for maximum points but once news broke that star duo Mesut Ozil and Alexis Sanchez were once again unavailable there was another alarming drift.

The Gunners went out to 11-10 - a sure sign that Arsenal are no longer considered anything like as strong as the other members of the so-called big six.

With Sanchez set to leave in January and Ozil possibly departing on a free this summer it could be a terribly difficult rebuilding job for Wenger.

3 Chelsea desperate to freshen up forward line
For the first time in their history - and no jokes from the cheap seats about the club being formed when Roman Abramovich arrived in 2003 - Chelsea drew 0-0 for the third straight match as Leicester's ten men comfortably held on for a point at Stamford Bridge.

Alvaro Morata last scored on Boxing Day and seems to be feeling the pressure of being the main source of goals for the first time in his career, while Antonio Conte's decision to substitute Eden Hazard on 58 minutes was a strange move given his status as Chelsea's main creative force.

Morata's most obvious replacement, Michy Batshuayi, is totally unfancied by Conte - the Belgian was an unused substitute - and Chelsea may be forced into the transfer market to nail down a Champions League spot given the strong challenges elsewhere.

Harry Kane, Christian Eriksen and Dele Alli have long been seen as Tottenham's main men, although now Heung-Min Son has pushed himself towards Mauricio Pochettino's other untouchables.

Son scored only once in Tottenham's 4-0 win over Everton but the South Korean was involved in so much as Spurs ran riot.

Pochettino's men are beginning to feel at home at Wembley and no one has highlighted that more than Son, who has scored in his last six starts at the National Stadium.

5 Wigan beginning to wobble at home
To most Sky Bet League One observers Wigan have been by far the best team so far in the division and few could deny the Latics fully deserve to be three points clear at the top.

Wigan have not even conceded a goal in their last five home matches so it's not exactly a crisis but Saturday's goalless draw with Peterborough made it three straight 0-0 stalemates at the DW Stadium.

Those draws have been costly for their followers at odds of 1-2 (against Peterborough), 6-10 (Charlton) and 8-13 (Shrewsbury).