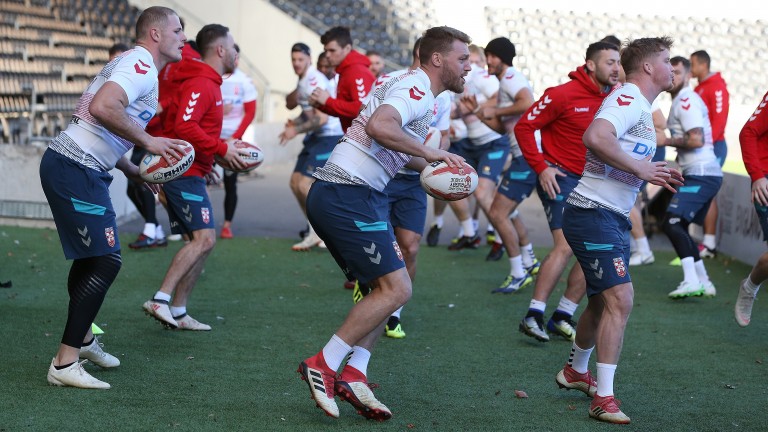 England's rugby league squad at the Captain's Run at the KCom Stadium on Friday
Nigel Roddis/Getty
1 of 1
By Matthew Ireland 8:00PM, OCT 26 2018

England ran out ready winners the last time they came up against old adversaries New Zealand in Denver in June but the Kiwis could get their revenge over the next few weeks.

The sides face off in a three-Test series which begins in Hull on Saturday afternoon but crucially England will be without a number of injured stars.

It's a role reversal from the Denver Test when New Zealand were without a host of their star names, but with most of their premier talent back the Kiwis look to have a great opportunity.

Coach Michael Maguire has stuck with the same 17 who defeated world champions Australia in Auckland two weeks ago and while 11 of that side have played fewer than ten Tests, they played with harmony and skill in that win over the Kangaroos.