British star set to reach next round 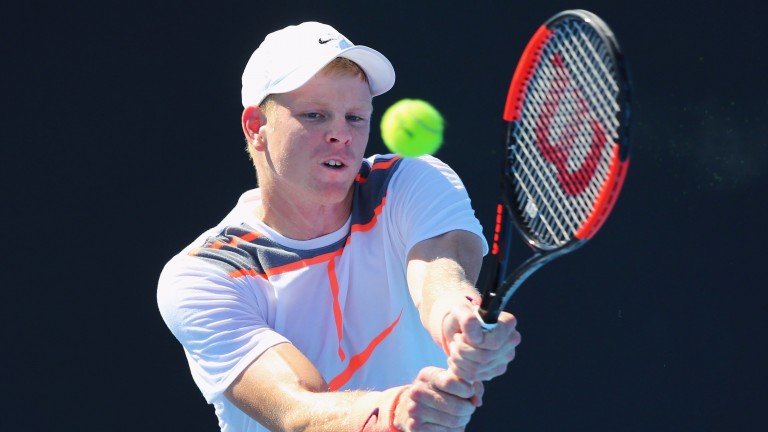 Kyle Edmund is putting together a nice portfolio of hard-court wins
Michael Dodge
1 of 1
By Adrian Humphries 7:12PM, JAN 17 2017

Carreno Busta v Edmund
It’s way too soon to say that Kyle Edmund is the finished article on hard courts, but the young Briton is definitely making strides on faster courts and he may be ready to continue his stay at the Australian Open.

Edmund made light work of dismissing Santiago Giraldo 6-2 7-5 6-3 in his Australian Open curtain-raiser and there must be hope in the Yorkshireman’s camp that Pablo Carreno Busta can be his next victim.

The Galician was made to toil by Canadian journeyman Peter Polansky in round one and Carreno Busta may need to find more against Edmund, who lowered the colours of Richard Gasquet on a Decoturf court in last year’s US Open.

Edmund is probably still a superior performer on clay at this stage of his career, but it’s possible that the Johannesburg-born ace, who lives in the beautiful town of Beverley, could enjoy greater success on faster courts than slow in the years to come.

He is a shade of odds-on to dump Carreno Busta, but that could prove decent value.

Gavrilova v Konjuh
Daria Gavrilova has been struggling with her game in the last year or so and the Russian-born Australian was stretched in her Melbourne Park opener against Naomi Broady.

The Briton had chances but succumbed 3-6 6-4 7-5 after a valiant effort, but Gavrilova is unlikely to be able to afford Ana Konjuh the sort of chances she gave Broady.

Gavrilova is one of the better young performers on the WTA Tour when operating at her peak, but since partnering Nick Kyrgios to homeland glory in the Hopman Cup 12 months ago she has had little to write home about.

Konjuh’s heavy defeat to Lauren Davis in the Auckland final earlier this month came as something of a surprise, but the Croat has not dwelt on that result and looked back to her best in a 6-4 6-2 thrashing of Kristina Mladenovic in the first round of the Slam.

Karolina Pliskova v Blinkova
Many tennis fans fancy Karolina Pliskova to ditch her Grand Slam maiden tag this month and the big-serving Czech is certainly capable of going one better than she did in the US Open in September.

Every match should be taken on its merits, though, and there has been a lot to like about the way Anna Blinkova has settled into the tournament with three qualifying wins and a main-draw victory.

Those results are to be respected and while Pliskova has the game to trouble anybody, the fifth seed can be vulnerable against talented young opposition.

World number 189 Blinkova has been awarded a start of 6.5 games on most bookmakers’ handicaps and that looks of interest.