Kimi Raikkonen could be perfect for Singapore GP practice

Ferrari fancied to set the pace at Marina Bay 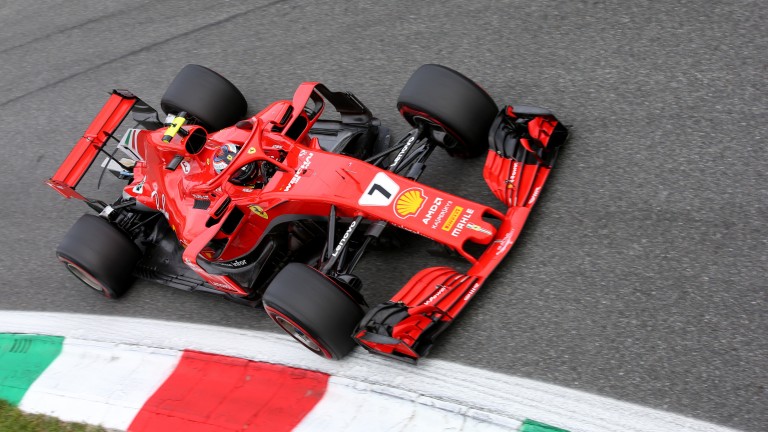 Lewis Hamilton's against-the-odds win at Monza last time saw him open up a 30-point championship lead over Sebastian Vettel, and that cushion will be handy heading to a circuit that the Mercedes man has struggled to master in recent seasons.

That didn't stop Hamilton winning the race last year, but he was helped enormously by the first-lap retirements of both Ferraris and Max Verstappen.

Hamilton started that race fifth, and he has not qualified on the front row at Marina Bay since 2014.

The pressure is mounting on Vettel but the German will have high hopes of a strong weekend, having started from pole position in two of his three Singapore Grand Prix starts in a Ferrari.

This year's design is not quite as nimble as recent Ferraris but it should be still be the car to beat around this punishing street circuit.

Vettel is favourite to go fastest in opening practice, but his teammate Kimi Raikkonen looks much better value.

The Iceman scored his first pole position of the season in Italy last team and led much of the race.

The 2007 world champion will leave Ferrari at the end of the season and move to Sauber, but he is having a strong and consistent year.

The team began the year running conservatively in practice, but they have set much more representative times on Fridays recently with Raikkonen going fastest in first practice in Hungary and Vettel setting the early pace in Belgium.

Red Bull, winners in Monaco with Daniel Ricciardo, will be hopeful of challenging for the win at a track that should play to their strengths.

However, they have never quite got it together in Singapore and were disappointing in Hungary - another twisty circuit.