Kimi Raikkonen can keep his cool in Bahrain practice 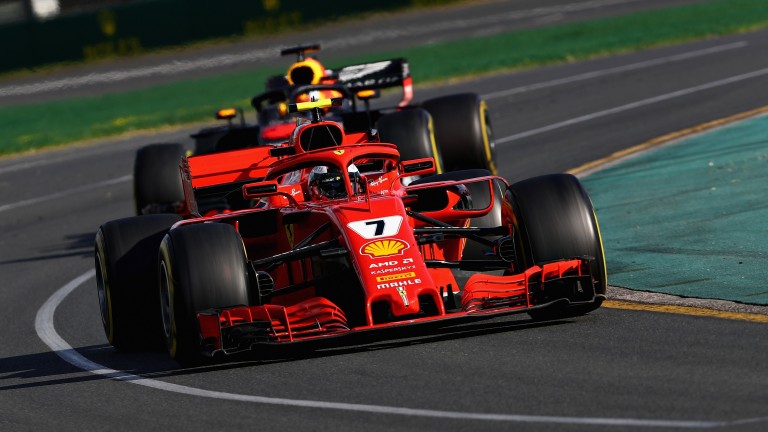 Lewis Hamilton arrives in Sakhir as odds-on favourite to make up for his disappointing second place in Australia in Sunday’s Bahrain Grand Prix.

Sebastian Vettel made the most of fortuitous safety-car timing to steal the win in Melbourne, where his Ferrari showed impressive straight-line speed.

That apparent power advantage should help Ferrari be competitive again in the desert this week, as they were last year when Vettel won.

Ferrari’s pace was on display from the get-go in Bahrain last year, with Vettel going fastest in both of the Friday practice sessions.

However, unlike last season, Kimi Raikkonen made a strong start to the year in Australia, outpacing Vettel for most of the weekend and being unlucky to finish behind the German in the race.

It’s possible this year’s car suits Raikkonen better and the Iceman looks overpriced to top the opening session at a track where he has finished second on five occasions.

Daniel Ricciardo set the fastest race lap in Australia and Red Bull will also be looking to have a say at the front after a troubled weekend in Australia.

Circuit characteristics Lengthy straights and slow corners dominate the undulating circuit while the track surface is often rendered slippery by sand blowing across it.