Kilkenny could be the top team to struggle this term

Canning expected to have a cracking campaign 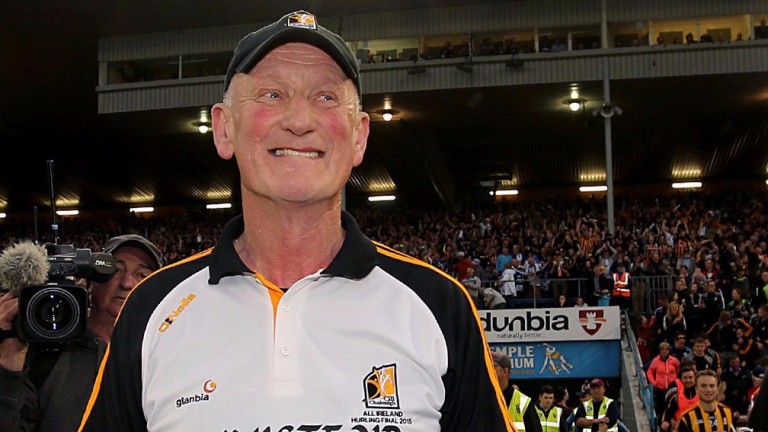 Tipperary are still strong favourites despite their league final drubbing. Should they be so short?

Patrick Aherne Paddy Power
No. We actually went 13-8 from 11-8 after that game and 13-8 looks about right to me. Before the final it looked as if they would be heading towards evens but Galway have shown over the last two years that they’re capable of going toe-to-toe with them.

Nicky English Tipperary legend
No. You have to go back to 1965 for the last time Tipperary won back-to-back All-Ireland titles and they will have their work cut out to do it this year. They simply cannot afford to pick up any injuries.

Darren Hughes BoyleSports
Yes. They drifted slightly with us, from 11-10 out to 6-4 and I think that is probably the right price.

David Jennings Racing Post
Yes. It would be foolish to read too much into their league final drubbing. Expect to see a backlash in Munster. Tipperary were much the best side in 2016 and it is hard to believe they have regressed over the spring. They will be very hard to beat.

Jim Parker Ladbrokes
No. I think 6-4 looks a bit short. I suspect many firms saw plenty of money for them at the start of the year and have priced them defensively. I can see them drifting out a little in the coming weeks when injury reports and suspension verdicts come through.

Which of the top teams could struggle in 2017?

PA It looks strange to be offering 4-1 about Kilkenny but the well does look to be drying up. The full-back position is already a problem and if anything happens Richie Hogan or TJ Reid they will be in big trouble.

NE I genuinely can’t single out one. Everyone keeps saying that Kilkenny will struggle but I don’t think they will and they will be bang there. Limerick are another side who could surprise a few people.

DH I fear for Kilkenny. I think they will not even reach the All-Ireland semi-final this year.

DJ Kilkenny. Laying the Cats is a dangerous pastime and there are those out there who feel are convinced that the more you write off Kilkenny, the more dangerous they are. However, Brian Cody looks to have his hands full trying to find a winning formula from his current crop.

JP Kilkenny and Cork. You should never write off the Cats but Padraig Walsh is a huge loss for them. They’ll really need to get Michael Fennelly fit again as well. Despite their improvement this year, I still don’t see Cork reaching the semi-final stages.

Who would your picks be in the Player of the Year and top scorer markets?

PA David Burke has taken his game to the next level in the last two years and is as consistent as you can get at this level. Top scorer will be a bit more open this year with no one taking the round robin by storm so if Seamus Callanan makes it back for the Cork game, he should come out on top.

NE Joe Canning and Joe Canning! He was exceptional in the league and I could see him having a super summer too. He is a reliable point-builder who will be very hard to catch in the top-scorer race if Galway have a good year.

DH I am all over Joe Canning for both. He looked to be simmering in the league final and I fancy him to explode into life this summer. If Galway get to an All-Ireland final, he could be the main contributor. Ross King of Laois could go close in the top-scorer market. Laois could face six matches if the draw falls right and that could well be enough.

DJ Joe Canning looks overpriced for both. He is 10-1 for Hurler of the Year and 4-1 for top scorer. He looked better than ever when helping Galway to league glory.

JP Player of the Year has been thrown wide open with Seamus Callanan’s injury. If Galway win it, then it would be hard to see past Joe Canning. Top scorer is difficult to predict until the Leinster round-robin is over and much depends on the qualifiers draw. Limerick tend to hit huge totals against the weaker counties so Shane Dowling is always good value.

PA Cork didn’t have a bad league campaign and have found a gem in Shane Kingston. If they’re to do anything this summer he will be at the heart of it.

NE John McGrath. I was one of the founding members of his fan club and remain one of his biggest admirers. He is a poacher who gets goals at crucial times and I think he will get a goal in most of the games he plays.

DH This could well be Joe Canning’s best year yet.

DJ Aidan McCormack looks like he has a bright future ahead for Tipperary and has been earning some rave reviews in the Premier County. A more obvious one is Galway’s Conor Whelan, who has matured into a lethal attacking threat. He looks a leading contender in the Young Hurler of the Year market.

JP Outside the main contenders Lee Chin has revelled in his more advanced role this year in a Wexford team that will see plenty of exposure over the summer. With Callanan hampered by injury, I can see John McGrath stepping up and taking over leadership of the Tipp attack.

What is the best bet of the All-Ireland Hurling Championship?

PA David Burke to win the Hurler of the Year award.

NE Limerick to beat Clare in the Munster semi-final on June 4. There is some 13-8 available and that is too big for a team with so many classy hurlers in their ranks.

DH Galway to win Leinster. Although the 9-4 is all gone, they will definitely be favourites going into a clash with Kilkenny so any
odds-against is worth taking.

DJ Galway to win Leinster. It looks a two-horse race and Kilkenny don’t appeal after another poor league campaign.

JP On current form Conor Whelan is the stand-out Young Player of the Year candidate. Thanks to their kind draw, Limerick look decent value to reach the semi-finals.

Finally, who lifts the Liam McCarthy Cup and why?

PA Galway look to be a team at the perfect stage in their development. They’ve proved over two years they can match Tipperary and, with Kilkenny looking vulnerable in Leinster, it could finally be time for a breakthrough from the Tribesmen.

NE At the prices, I’d possibly fancy Galway. After their successful league campaign and with Joe Canning playing so well, I would give them a hesitant vote.

DH Despite all my talking about Galway and Joe Canning, I still believe that Tipperary will take some stopping.

DJ Tipperary. They are the champions and they never accelerated out of second gear during the league. Expect to see fireworks over the coming months.

JP This is a really tough one to call and a good case can be made for any of the top four in the betting. Tipperary are still the team to beat but the loss of Bonner Maher will really test them. I’d give a hesitant nod to Galway but expect a big year from Waterford as well.