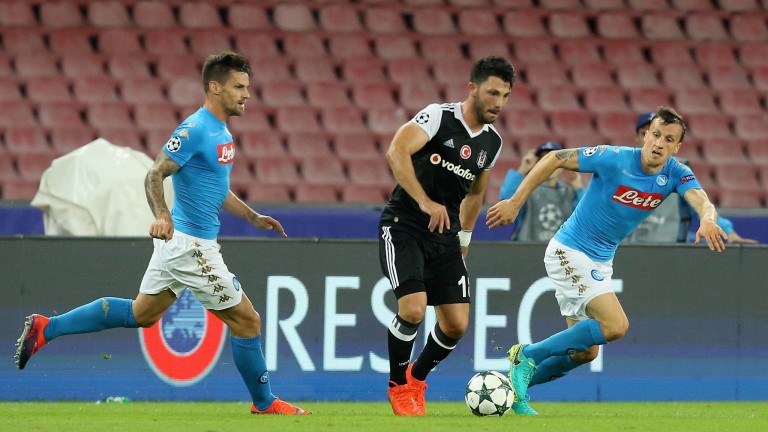 Napoli are looking to redeem themselves against Dynamo Kiev
Maurizio Lagana
1 of 1
By Dan Childs 7:54PM, NOV 22 2016

Napoli are making harder work of Group B than they might have anticipated and this clash with Dynamo Kiev could be a bumpy ride.

The Italians were sitting pretty after winning their opening two matches but still have work to do after taking just one point from their matchday three and four clashes with Besiktas.

A lot of focus has been on the absence of striker Arkadiusz Milik, who sustained a serious knee injury in October, but Napoli have continued to score goals and their Achilles’ heel has been a leaky defence.

Maurizio Sarri’s side have shipped seven goals in four group matches – the highest of any team in the section – and they may struggle to keep the back door shut against Kiev.

However, an away goal may be just a consolation for the Ukrainians, who have not kept a clean sheet in eight games.