Weekend injury updates for the Premier League and EFL 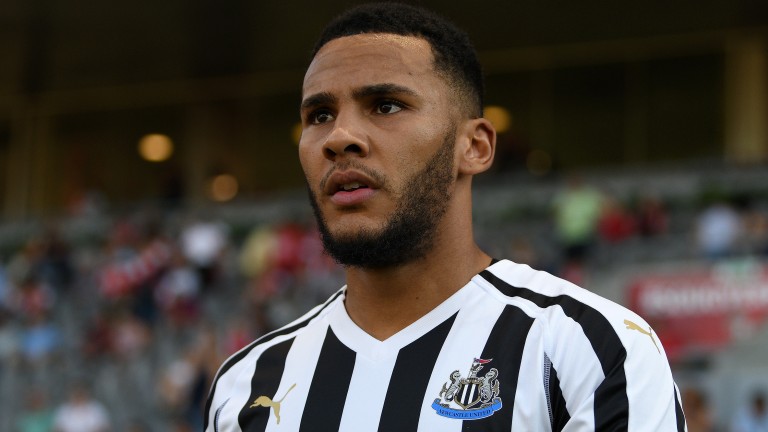 There has been mixed news on the trio with Lascelles returning to light training and Shelvey and Muto considered doubts to make Saturday's fixture at home to Bournemouth.

Benitez may have to start with the players who finished against Watford but that might not be a disaster because substitutes Ayoze Perez, Fabian Schar and Sung-Yueng Ki all played for the final 40 minutes against Watford as the Magpies turned a 0-0 scoreline into a gutsy 1-0 success.

Charlton returned to the Sky Bet League One playoff places with a 2-0 win at Walsall on Tuesday but their manager Lee Bowyer didn't feel like celebrating after confirming four injuries to senior players.

Right-back Anfernee Dijksteel and midfielder Ben Reeves missed the match with hamstring injuries sustained at the weekend and they were soon joined in the treatment room by striker Igor Vetokele and on-loan West Ham midfielder Josh Cullen, who each suffered dislocated shoulders at the Bescot Stadium.

Bowyer could not believe his luck.

He said: "It's just unreal. Saturday we got two hamstrings, today we get two dislocated shoulders, it's just not normal."

Accrington operate on one of the smaller budgets in Sky Bet League One and may be more vulnerable than most to injuries and suspensions.

They were struggling at Coventry last Saturday with strikers Billy Kee and Offrande Zanzala forced off with injuries and winger Sean McConville suspended, but they came away with a 1-1 draw and should be in better shape for their FA Cup first-round tie at home to Colchester.

McConville has served his ban and Kee and Zanzala are expected to be fit after a positive diagnosis on their minor injuries.

Stanley should also be able to utilise captain Seamus Conneely (groin), who completed a full 90 minutes in Tuesday's 2-1 success at home to West Brom's Under-21s in the EFL Trophy.

Conneely had missed a month of action.

Swindon are having a frustrating season in Sky Bet League Two and could be missing some big players for their FA Cup first-round tie at home to National League North side York.

Veteran striker Marc Richards (thigh) and attacking midfielder Michael Doughty (foot) were unable to feature in last Saturday's 1-0 loss at Colchester and the absentee list grew when captain Olly Lancashire suffered a leg injury feared to be a relapse of an old injury which caused him serious problems last season.

Swindon manager Phil Brown admitted his centre-back had lost feeling in his leg after a clash of heads.

The clash between Colchester and Swindon was also a painful one for the hosts, who lost star striker Luke Norris to an ankle injury.

Norris was forced off after 44 minutes and faces a period on the sidelines, although physio Tony Flynn has allayed fears that the 25-year-old had suffered an Achilles tendon injury.

Norris, Colchester's top scorer with seven goals, will be missed but the Essex club were given better news over attacking midfielder Sammie Szmodics, who was withdrawn late on with suspected hamstring tightness.

Szmodics, who missed the previous two games due to muscle strains, has revealed he was suffering from cramp and should be available for the FA Cup first-round clash at Accrington.