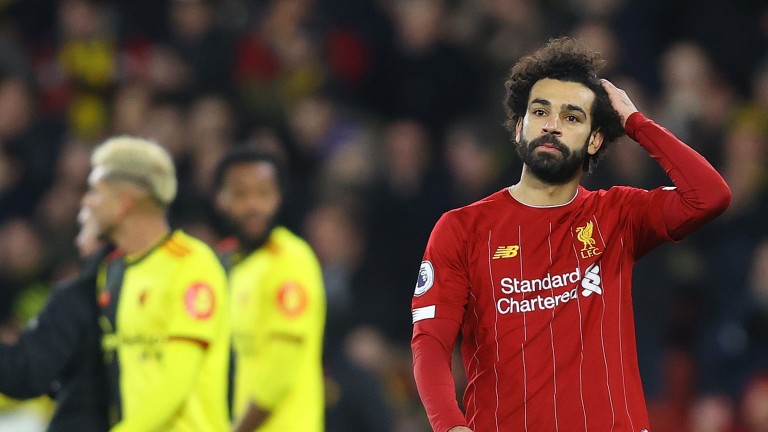 After 44 Premier League games without defeat Liverpool lost to Watford. What a shock. Well, yes and no.

A large number of small chances can yield more defeats in total than a small number of large chances. So it was not surprising that Liverpool’s unbeaten Premier League run should end against non-elite opponents.

When Watford kicked off they were in the relegation zone. After scoring three goals without conceding they moved out of it. As I have said before, there is not much difference in ability between most non-elite Premier League teams, whether they are vying to get into Europe or vying to stay out of the Championship.

When I watch football I realise how many bizarre goals there are.

Watford’s greatest manager was Graham Taylor. He said: “Watch all the goals from one weekend of the Premier League and count how many of them come from a set-piece and how many come from a mistake. We all remember the wonderful piece of individual skill that led to a goal, but it is still in the minority. A lot of goals are what you might consider ugly but they all count the same.”

How often when the ball is in the box is someone performing some sublime skill with it, and how often is it bouncing around as if it was in a pinball machine? One moment of sublime skill is more likely to produce a goal than one crazy ricochet – but there are a lot more crazy ricochets.

Take any team with an unusual stat – say goals scored in the first ten minutes, goals conceded in the last ten minutes, games without a 0-0 on single-digit days of one-syllable months. It is odd for this team to have that stat. But it is not odd for some team to have that stat. It would be odd if no team did. Think about this before betting on the unusual thing to happen again.

You could be talking to somebody you have never spoken to before and discover during the conversation that you were sat next to them at Stockport v Wrexham on Boxing Day 1994.

Penalty-save heroics in Germany and Netherlands

Goalkeeper Daniel Batz saved five penalties when fourth-tier Saarbrucken knocked out Bundesliga side Dusseldorf in the German Cup quarter-finals. He saved one spot-kick in normal time then four out of ten in a shootout that Saarbrucken won 7-6.

Really unusual? Well, yes and no.

The chance of Dusseldorf not scoring from one penalty in normal time then four out of ten in a shootout would be in the region of 40-1. The chance of those things happening with all the penalties they did not score being saved would be even higher.

So in one sense what Batz did in Saarbrucken on Tuesday was unusual. It was unlikely he would perform those heroics in that match.

But there are a lot of knockout competitions round the world, and in them quite a few ties are settled by a shootout. So in another sense what Batz did was not unusual. Not infrequently somebody somewhere will do something similar.

On the same day, in the Netherlands, substitute goalkeeper Daan Reiziger came on just for the shootout in a Uefa Youth League round of 16 tie between Ajax and Atletico Madrid. He saved three penalties out of eight then scored the winning penalty.