Kevin Pullein: not much between FA Cup finalists Chelsea and Arsenal

Don't expect a flood of goals at Wembley Stadium 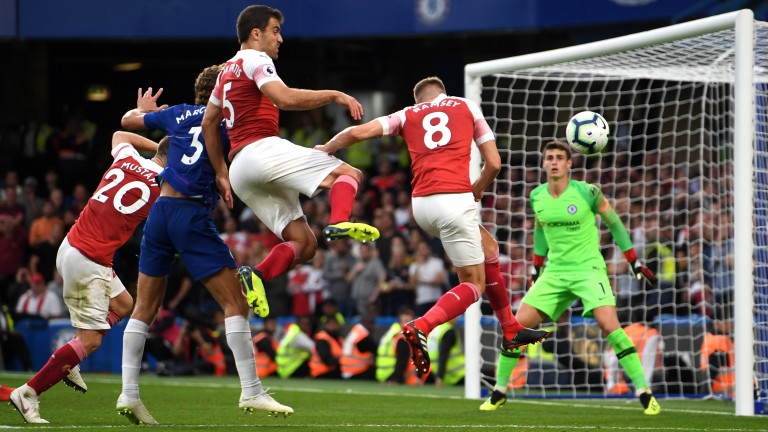 Chelsea and Arsenal have closer records than most FA Cup finalists.

Since the Premier League started in 1992 there have been 25 all-Premier League FA Cup finals. The average distance between the finalists in the league was eight places and 24 points.

Chelsea finished four places and ten points above Arsenal. So there was less difference in achievement between them than between most finalists.

I went back over each of those 25 previous finals and asked myself what I would have anticipated based only on the league records of the contestants. For example, at 90 minutes what would have been the chance of a win for the higher finishers, a win for the lower finishers and a draw?

So the league records of the competitors predicted pretty well the chances in that knockout game.

Maybe the most important thing to remember about the FA Cup final is that it is a game of football. Like any other, it can be turned by something nonsensical. And the list of such possibilities has grown with the inclusion of bad VAR decisions. But the biggest influence on the outcome is still the skill of the players.

Last year in the FA Cup final Manchester City beat Watford 6-0. It was unusual but not unprecedented for there to be so many goals. Normally in an FA Cup final there are fewer goals than we should have anticipated if the teams were playing in the league.

You would see this if you looked all the way back to the start of the Football League in the late 1800s. But let us focus on the Premier League era.

The average number of goals in Premier League games has been 2.7. For FA Cup finals in normal time it has been 2.2. Any score is possible between Chelsea and Arsenal but a low score may be more likely than it would have been if they were playing in the Premier League.

FIRST PUBLISHED 11:39AM, JUL 31 2020
Normally in an FA Cup final there are fewer goals than we should have anticipated if the teams were playing in the league