Corners could be sparse at Tannadice Park 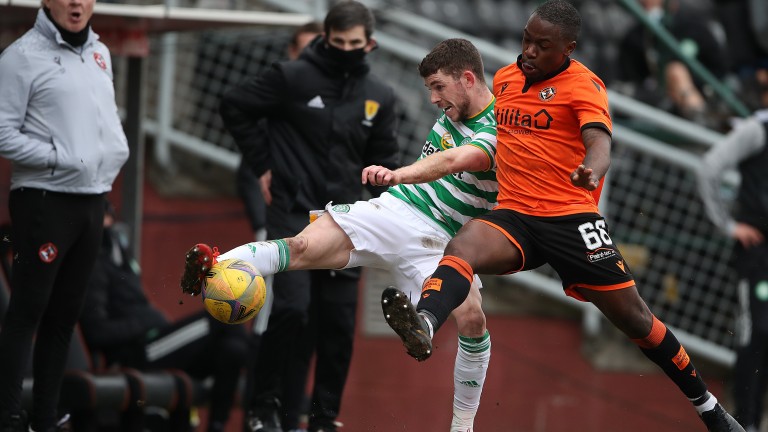 Bet on a low number of corners in the Scottish Premiership game between Dundee United and Ross County.

Admittedly the omens are not encouraging, but omens can be misleading.

And today’s game matters to Ross County. At kick off they will be in the relegation playoff place. They could move out of it if they win (if Kilmarnock are beaten by Motherwell), but if they lose they could drop into the automatic relegation place (if Hamilton beat St Mirren).

Dundee United, promoted for the start of this season, have already secured another 12 months in the Premiership. And there have been a lot of corners in some of their games – more than 11 in their last two home games and four of their last five at all venues.

So the records of the teams confirm that a high makeup could occur. There could be more than 11 corners. Sooner or later, however, unusual records tend to become less unusual. Sooner or later there will be fewer corners in Dundee United games and Ross County games. We do not know when that process will start, but bet365 may have underestimated the chance that it will start today.

Callum Wilson scored for Newcastle against Liverpool last Saturday but VAR disallowed the goal for handball. Where did the ball hit him? In the middle of his biceps, about halfway between his shoulder and elbow. Okay.

So if that part of a player’s body was in an offside position in the build-up to a goal VAR would not give offside? They would say you cannot be offside with a part of your body you are not allowed to touch the ball with?

Er, no. VARs in the Premier League have disallowed goals for offside even though they would have called handball if later in the move that part of the arm had touched the ball. Fifa have warned against such double standards, but Premier League VARs have not changed.

They do other things to reverse decisions wrongly for offside. Arsenal were denied a penalty against Everton last Friday because Nicolas Pepe’s elbow was in an offside position after the ball had been played toward him. Of course VAR would have penalised Pepe if he had touched the ball with his elbow. And offside is supposed to be decided when the ball is played. VARs sometimes freeze the frame after.

Sometimes they give a player offside even when they cannot make him look offside. They denied Wolves a goal against Fulham even though on their chosen image with their selected lines the attacker and defender were level. Level is not supposed to be offside. I switch off my television whenever VAR spoils a game unnecessarily. I switch off quite regularly.